‘Dosti’ between Pakistan and India 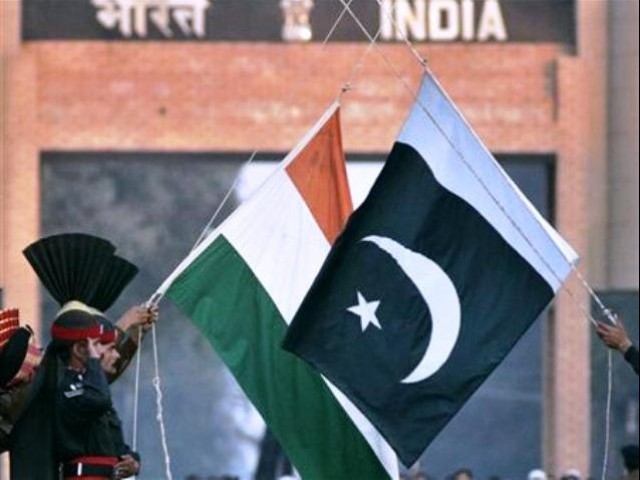 Until and unless, both countries take account of the past together, only then can they begin a process of reconciliation or maybe even a friendship. PHOTO: REUTERS

If Taylor Swift was a political analyst, she would be telling us right now,

“India and Pakistan are never, ever getting back together!”

By cancelling concerts by Pakistani artists, not issuing visas and letting our women’s cricket team camp at a stadium during their tour, India has given us the proverbial lannat.

The Pakistani government has responded with some serious passive-aggressive silent treatment much like an angry boyfriend.

At times like these, hearing about the 50th anniversary of the Elysee treaty signed between France and Germany which ended an era of animosity, wars, bloodshed and bitterness between the two countries comes as a welcome surprise.

Looking at France and Germany now, it’s hard to imagine that they were ever sworn enemies. But if we go back in history, their relationship was probably more flawed than even India and Pakistan.

But getting to a peaceful point was not achieved merely by France sending a hoity-toity Hermes-swinging foreign minister to Germany. It was also not just about exchanging students, scholars and musicians, making visa policies more lenient or encouraging trade between the two countries. I think it was ability of the two countries to agree on their collective history.

Having recently attended a press conference at the German Consulate in Karachi regarding the Elysee Treaty, I was surprised that the French Consul General Christian Ramage who could’ve easily wowed us journalists with trade statistics and exchange programs that take place between the two countries decided to show the audience a simple history textbook instead.

But it wasn’t just any history book. It was a history textbook that was translated in both German and French and was taught in both countries to high school students with the exact same facts present in them. To agree on such a book would mean that both countries would have to take account of all their faults in the past and put it out there in the open for the youth to read and learn from it. It would also mean no sugar-coating or exaggeration of the truth to fit a certain regime’s point of view.

Can you ever imagine Indian or Pakistani youth ever reading the same history textbook in Karachi or Mumbai?

It’s safe to say that both countries have history books that are specifically designed to rile up the youth against each other. One student’s Indian-occupied Kashmir is another student’s Indian-administered Kashmir.

Words and numbers are meaningful and they have been exploited by both sides to create and support a certain historical narrative against the other country.

Until and unless, both countries take account of the past together, only then can they begin a process of reconciliation or maybe even a friendship.

Till then, we can only dream of an Elysee-like dosti between India and Pakistan.