Can the US government kill American citizens? 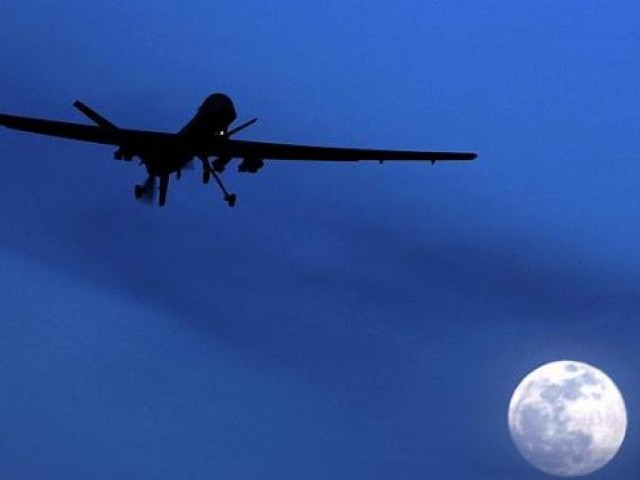 I believe that if somebody has committed treason against the nation then he should be punished. PHOTO: AFP

After the uncovering of a leaked document in the United States, White House officials are facing criticism over an internal memo that was acquired by NBC News.The memo regarded drone strikes and how the US government is allowed to strike Americans with drone attacks if they are suspected or known to have any past or current ties with al Qaeda or any other wanted terrorist organisation.

Naturally, the White House faced a huge backlash when the memo was discovered, but still kept their ground and insisted that they complied with US law and the Constitution, even if Americans are the targeted ones.

Though the controversy stirs from comments from White House spokesperson Jay Carney, nearly all Americans are outraged at the extremity of the orders. Most would argue that despite having terrorist ties, it is inhumane to shoot a missile at any human being.

The White House is trying to justify its actions by referencing back to the fact they killed Yemeni Anwar al-Alwaki yet cannot prove what he did was against the United States in any way.

Yes, Anwar al-Alwaki was broadcasting extremist ideologies over the internet, but isn’t that him exercising his freedom of speech as an American citizen?

Millions of Americans disapprove of President Obama and other officials on a daily basis, yet there is a fine line to what you should or should not say. Any American will be arrested for making any sort of death threat towards the President, but most citizens know that.

This memo that justifies killing American citizens is contradictory to a citizen’s right. In the 6th Amendment of the Constitution, every American citizen has the right to a fair trial before being acquitted.

So, wouldn’t killing an American on or off US soil pose an attack on his or her rights?

To tell you the truth, it doesn’t matter what the CIA reveals in their press conferences today or not, at the end of the day it is counterproductive as the CIA is based on intelligence and secrecy.

What could they really reveal?

President Obama orders drone attacks on a daily basis and they have killed American citizens before, so where was the media hype then?

To add the cherry on top of this drama, a US base has been found operating out of Saudi Arabia for the past two years ordering drone strikes off the Yemen peninsula.

At the end of the day, in this day and age of modern warfare, the US is not only waging war on the world but on its own citizens which is authoritative and criminal. Americans however, will be themselves and go on with life as if nothing happened, because it doesn’t affect them directly.

In my opinion, the real controversy is that American citizens could be lawfully killed “even if intelligence fails to prove otherwise they have plotted or aided in the plot of an attack.”

In the past, specifically talking around September of 2011, one of these drone strikes killed US/Yemeni citizen Anwar al-Awlaki who turned out to be a huge contributor in the surge of al Qaeda in Yemen. The memo is 16 pages long and titled: “Lawfulness of a Lethal Operation Directed Against a U.S. Citizen Who Is a Senior Operational Leader of al Qaeda or An Associated Force.”

I’m not too sure how the rest of the American population feels about this, but to me if you commit treason against your own country (especially naturalised citizens who have taken an oath), you do deserve to be punished.

If you are going to aid a US enemy in any way possible, it is punishable by death under Article III Section III of the US Constitution.

If an American is willing to take up arms and march to the White House, he probably will be killed on the spot.

The memo doesn’t specify where the drone strikes could be made but according to the US Constitution, the citizen need not be on US soil for them to commit treason. I think the most surprising thing about the memo is that it’s been around since November of 2002 yet nobody knew about it and really, there have been rare cases on American citizens being killed for treason since then.

The current media is blowing it out of proportion as always. In my opinion, once a person takes up arms against their own nation is considered an enemy of the state.

In an era of drone and cyber-warfare, I can see an American citizen committing treason on the US soil and being arrested for their crimes and paying for it. If you are found guilty on treason however, it is punishable by death.

If a US citizen is operating terrorist activities out of another country where he/she might feel they are blanketed by another government or nation, I believe the US does have a right to renounce their citizenship on the spot and take the necessary actions to ensure the security of the country.