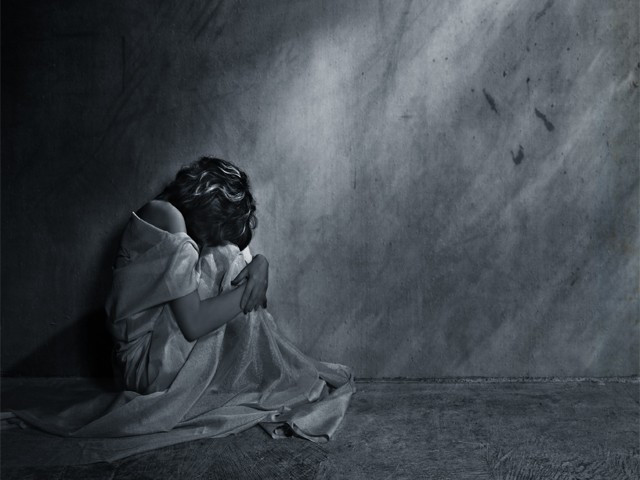 They all know it happens, but they let the thoughts simmer in silence.

We have been going through this forever.

It’s a custom – the done thing, but I can’t imagine my baby having to go through the same!

I am 34 and I still remember it distinctly. I felt humiliated even as a seven-year-old. It was not very painful, but I felt slighted at how they held me down, how embarrassed I felt. But most of all I feel resentment – even today – over the fact that we never talked about it before or after that. Everyone pretends like it never happened.”

This is the story related by a Pakistani mother whom I talked to today about Female Genital Mutilation/Cutting (FGM/C), practiced in her community.

Today, as the world observes the “International Zero Tolerance Day to FGM/C”, many remain blissfully unaware that this custom, often referred to as female circumcision, is also practiced in Pakistan.

According to the World Health Organisation, FGM/C is a procedure that “intentionally alters or injures female genital organs for non-medical reasons.”

The reasons are cultural, traditional and religious. Predominantly, the reason traditionally given for FGM/C is almost inconceivable – that it ensures a woman will remain chaste and guard her against promiscuity, as depending on the degree of the procedure performed, she may not be able to experience sexual pleasure as fully as a woman whose genitalia remain unaltered.

In Pakistan, female circumcision is practiced by a few communities along the Iran-Balochistan border, and a few isolated tribes, as well as the Dawoodi Bohra community. Having said as much, here it is mostly not done very invasively, as opposed to some African countries where FGM/C may involve removal of the entire clitoris and labia.

The Dawoodi Bohra community practices it ceremoniously, as they consider it a religious obligation. Over time, their methods have also improved, and now more and more trained doctors are doing it, as opposed to the untrained women who used to perform it earlier, thereby ensuring the procedure be done hygienically without pain or permanent harm.

Yet, mothers such as the one quoted above, though few in number, are double-minded about meting the same to their daughters. While the “elders” of the families often insist it be done, some women are now questioning the idea, including young women who have not yet gone under the knife. But in most cases, it is performed on them around the age of seven — an age when they are too young and too unaware to protest or speak up for themselves.

“In Pakistan it is not done very invasively, and now with growing awareness, they are doing it merely symbolically with only a bit of skin being removed. But even then, I find it to be in clear violation of human rights!”

Dr Syed stated that there is absolutely no scientific evidence supporting any medical benefit of the procedure. It can lead to health problems like severe pain, hemorrhage, tetanus, infection, infertility, cysts and abscesses, urinary incontinence, and sexual as well as psychological problems.

Estimates say that 100 million to 140 million girls and women worldwide have undergone FGM/C. It is generally performed on girls between ages four and twelve, although in some cultures it may even be performed on babies or just prior to marriage. Some 28 African countries follow this practice, but approximately 17 countries have laws that specifically prohibit FGM, including Egypt.

However, many women of the Bohra community feel it is not a human right violation at all.

“I am an adult and an aware woman. By choice, I have had it performed on two of my daughters, and I don’t regret it. It is our religious custom and I don’t think it has deprived me of sexual pleasure,” said an unnamed member of the community.

While the communities who practice it may have the right to do so, even though FGM/C is considered a human rights violation, it is how the matter is handled that is unacceptable to many who have gone through it.

According to a female member of the Bohra community who requested to remain unnamed,

“Women of our community are generally given a lot of respect and autonomy which is why it is difficult to understand this custom,”

She went on to say, “Maybe I would get it done if I was given a choice, and maybe I would not. I understand that my parents thought this was best for me, and they had the right to make certain decisions for me when I was young. But what is most painful to me how no one ever talks about this. Why are we never allowed to discuss it? How can we ever make sense of it?”

Female genital mutilation is one of the best kept secrets, therefore. They all know it happens, but they let the thoughts simmer in silence. But the time may have come to uncover the unspeakable. The time to talk about it may just have arrived.