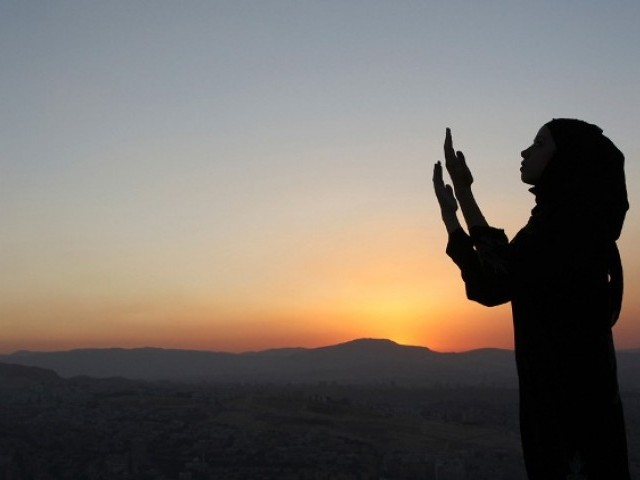 It is quite easy to forget to say insha'Allah in our everyday lives, partly because the phrase has strayed so far from its intended meaning in popular usage. PHOTO: REUTERS

The other day I scheduled a long-overdue appointment for a dental cleaning. I had called a few days in advance and arranged for an early-morning slot so that I could arrive in the office before the workload got too heavy.

Leaving my apartment about 35 minutes before the appointment, I imagined I left enough time to arrive on schedule.

That is, until I got into a small car accident less than ten minutes later.

As I waited to turn right at an intersection not far from my apartment, the car behind me abruptly drove into the rear of my small hatchback, suddenly jolting me forward and setting back my initial plans.

I pulled over to the curb just beyond the intersection to assess the damage and the profusely apologetic young woman in the car behind me called the police so that we could file a traffic accident report. Once I knew officers were on the way, I called the dentist to reschedule the appointment for another day. My plans for the morning were swiftly unwritten and rather than visit the dentist, I took the police report to my insurance office to file a claim instead.

As the morning rush of traffic hurried passed, I thanked God quietly that the accident hadn’t been more serious. As I did so, I realised that not once the night before and earlier that morning had I said insha’Allah, the Arabic phrase meaning ‘God willing’ or ‘If God so wills’, when discussing my ill-fated plan to visit the dentist that morning.

The main reason for Muslims to say insha’Allah is to recognise that an event in the future will happen only if God wills it. So when I say “I’ll go to the dentist this morning before work, insha’Allah”, I am acknowledging that what I intend to do cannot be fully guaranteed.

I concede to the presence of God in my daily life, and His ultimate control over the coordination and course of the minute and substantial happenings of my life.

It is quite easy to forget to say insha’Allah in our everyday lives, partly because the phrase has strayed so far from its intended meaning in popular usage. Insha’Allah has in many cases become a slang way of avoiding commitment to anything. Especially when a person is too cowardly to say “no”, s/he will instead say insha’Allah in order to brush aside the reality; that they do not intend to do a thing, but can’t be bothered to be upfront about it.

In many modern contexts, Muslims and non-Muslims frown upon the use of insha’Allah because it carries with it the meaning that what someone is promising or intending is not reliable, always leaving the door open for escape.

This is quite paradoxical for me because growing up, I was taught that when I say insha’Allah, I am obligated before God to follow through with my word, save for some unforeseen circumstance beyond my control. By saying the phrase, I am giving my word that I will do what I say, unless God makes the event impossible to fulfill due to some unexpected event, such as the accident I was in the other morning.

Two meanings for this phrase, poles apart in their implications, have thus transpired.

One very beautifully encapsulates Islam, a state of mind where a person lives in submission to God and respects the time and commitments s/he makes. The other, void of consciousness of God, gives a person a false sense of absolute control over their lives. It is easy to overlook how fragile the progress of our lives actually is.

As an ocean has an unstoppable current guiding the movement of things beyond our daily comprehension, it would be egotistical to think that one single person has control over a force that guides the flow of their lives.

Facing the latter meaning in my daily life has led me to, in many cases, refrain from saying insha’Allah, even though I use it with the former intention. Having my schedule shaken up from time to time is always a good reminder of the importance of remembering to say the phrase, regardless.

In the banality of our daily routines, we often get the sense that we have control over the events of our days; that we can do and have anything we want. But the reality is we can never know what the future holds for us. All of our plans, ambitions and goals, indeed every step we take, are at God’s will.

Even the Quran has prompted us to never say ‘I shall certainly do this tomorrow’, without adding, ‘if God so wills’. If we put our trust in God, He will most definitely guide you the right path, the path best for you.