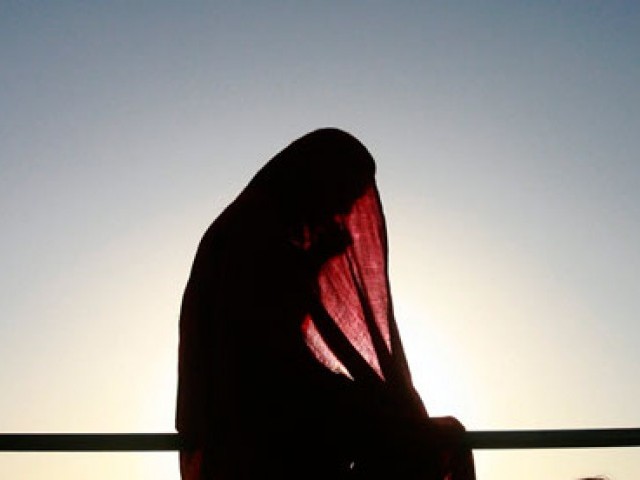 It was the fourth time that month that a family had come to see her for their son. PHOTO: REUTERS

The show started around 10am. The room wore a very neat look with the curtains being freshly washed and couches from the adjacent room placed next to the sofas.

The arrivals comprised an elderly woman and two young girls, welcomed very warmly by Ashraf and his wife, Atifa.

There was a clear demarcation of positions on the either side of the table — to its left were seated the guests, and to its right, the hosts. The latter wore forced smiles which did little to hide the tense anticipation gnawing at their faces and sunk into the worn-out seats like pleading, grateful entities.

After formal exchange of pleasantries, the conversation entered into the regular second round – that of questions and answers. The questions were thrown with a keen fervour coupled with a thick air of complacency and answered with meek smiles by the other side. Intermittently, now and then, silence would creep in and throats were cleared.

“So what is your daughter’s age again?” the elderly woman asked in a shrill voice, partly natural and partly due to her try at sounding high-pitched.

“She’ll turn thirty this year,” a subtle tone of apologetic reassurance crept into the Atifa’s voice.

Then came the creak of the door opening.

The object of their interest was here. Clad in a blue dress and wearing lipstick, Nazia entered the room. Being the fourth time in the same month, she had thought the estrangement of the whole setting would be fleeting now. Yet, her face was embarrassed and eyes lowered as she pushed the cart set with the refreshments – a pineapple cream cake, cookies, pizza and halwa. Quite an extravaganza it was.

“With the grey sprouting through her hair, she looks much older than thirty,” the woman muttered just loud enough to be heard through the room.

Helping herself with the cake, her gaze lingered ominously at Nazia, taking in her face, then shoulders, it slipped lower, thoroughly scanning her in all.

“I don’t like her teeth when she smiles. They look so big,” the two girls bantered, whispering among themselves.

“And look at her nose. It seems like the flaring nostrils of a dragon. Natiq likes sleek, pointed noses,” the second of them commented.

“My son is very well-educated and he has a fine job,” stuffing herself with yet another helping of cookies, the lady announced, though in a by-the-way manner.

The hosts nodded fervently presenting their agreement of whatever she uttered.

“And, of course, being an educated family, we are against dowry. However, Natiq wants to live honourably in a separate house with his wife. You agree, don’t you?”

Her insinuation was well picked by the hosts who suddenly had aghast looks on their faces which looked almost comical with their plastic smiles still intact.

The show dragged on for yet another hour. Nazia was thoroughly noted. According to Natiq’s mother, her upper lip was slightly detached and gave her a strange look with her rather large teeth. And her nose, too, duly pointed by her daughters, was a no-no. Plus, although she had thoroughly applied mascara, her eyes looked quite small.

As soon as the clock struck 12, the mother clasped her hands together and stood up.

“Well, that’s all. I’ve to visit a few other houses in the neighbourhood. We’ll let you know of our decision within a week,” her daughter conveniently picked the last cookie on the way out.

Nazia retreated back into her room, needing some time to ‘recover’ till the next instalment of the show was to commence. Every time, she would end with soft sobs interred deep into her pillow.

Ashraf and his wife sat in silent contemplation, wondering a car certainly would’ve cost less, it being the demand made on the last show. This time, the demand was a house.

“I don’t like her. Rejected!” the woman exclaimed as she walked with her girls to the next house.

And thus the show culminated.