Pakistan versus South Africa: Are we prepared to handle the heat? 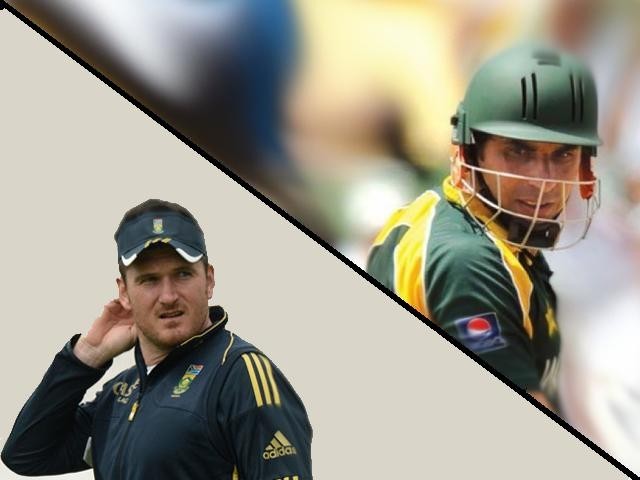 Will they able to adapt to the tough conditions? Are they brave enough to get hit on the bodies and not give up?

So it’s time, again. The South Africa versus Pakistan Test series starts on February 1, 2013. Exactly a year after Misbah’s boys conquered the world number one side, they face a similar challenge when it comes to statistics, only this mountain they have to climb is much steeper than before.

England was the best side in the world then, and South Africa is at the moment. The two series cannot be compared because the differences are obvious; Pakistan faced the world number one last year in the UAE, “a home away from home” on the slow and low tacks.

Now, however, the battle will take place in the opposition’s backyard and pitches will be entirely different with more venom in them for quicker bowlers.

Pakistan’s successes in the past two years have been impressive and it can largely be attributed to the spin bowling department, with Saeed Ajmal doing the bulk of the damage, and Abdur Rehman and Mohammad Hafeez backing him up brilliantly.

It is safe to say that this strategy won’t work this time, not only because of the conditions but because of quality of batting South Africa possess. With Jacques Kallis, Hashim Amla, Graeme Smith and AB de Villiers, they are the most formidable and diverse batting line-up in world cricket under all conditions, let alone their own home turf.

Not to mention, they have Faf du Plessis whose batting seems to have taken Test cricket by storm.

With an average of 111.25, he has scored two half centuries and two tons in six innings.

Just after taking a glance at the names in batting line-up of the South African team, one can tell how much skill and hard work it will take for Pakistani fast bowlers to do some damage. There hasn’t been a dearth of natural talent and flare in Pakistan’s pace attack over the period of time; Junaid and Irfan are of great potential but they lack experience and thus the role of Umar Gul will be crucial. He has to lead this attack from the front, and not only perform himself, but guide the other two as well.

With Pakistani bowling and South African batting discussed, I feel that the real question mark is on the Pakistani batting front; can our batsman hold their nerve against South African pacers?

We have seen over and over again that even though our bowlers somehow manage to rise to the occasion, it’s the other two departments of the game that let us down – batting more than the fielding. The openers, Hafeez and Nasir have shown good form in the warm-up game against South Africa’s Invitation-XI and they will have to continue doing that.

Pakistan will rely highly on Younis Khan and Misbahul Haq in the middle order because of their experience and ability. Younis’ role will be more crucial, because not only is he a world class batsman, but also one of the best slip fielders Pakistan has ever produced.

As far as our captain is concerned, he will have to do the job for which he is mostly hated by Pakistani public in limited overs cricket – he will have to defend against the likes of Morne Morkel and Dale Steyn and survive while the others play around him.

This man has been a blessing for South Africa since the past year as far as their pace attack is concerned. Whenever you see him bowling, it feels like he is going to take a wicket. His sporty fury on the pitch is a pleasure to watch, and so he can be a real thorn for Pakistan’s side; our batsmen are usually struggling against quality swing bowling.

Bhuvneshwar Kumar’s performance in the recently concluded limited over series is a good example of what a predicament good swing bowling can be for us.

The surprise of the last series, this 7ft 1inch tall bowler has improved immensely from the first time we saw him in England; his pace is up by 10-15 km/h and now he seems to know where to pitch the ball. It will be really exciting to see him bowl on the greener and bouncier pitches if he remains fit and that is a big ‘if’ because of his body structure.

Nasir has been a star performer since the Asia Cup last year but now is the time for the real test — the test of skill, character and technique. If he comes through this storm, it will be a seal that he belongs at the top level of the game and he is destined to stay there for a long time to come.

All things said, in my opinion, it will all come down to how Pakistani batsmen perform. Will they able to adapt to the tough conditions?

Are they brave enough to get hit on the bodies and not give up?

Because make no mistake about it, the ball will move around and bounce more than our batsmen are used to and it will be really tough. They will have to dig in and survive to score runs; and if they do that, we are in for one heck of a series.

A fresh mechanical engineering graduate from NED, Naveed's interests include sports and current affairs. He tweets as @Naveed_Sid twitter.com/naveed_sid

There is no need for players who betray their country