Why butcher the English language? Just speak in Urdu 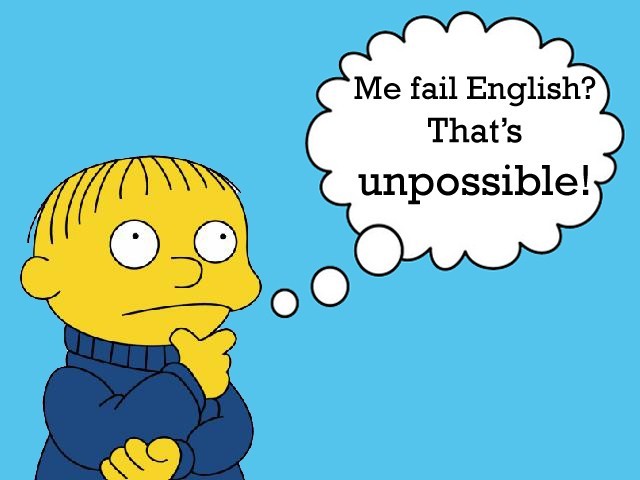 I constantly found myself mentally correcting his grammar and ultimately I realised that pursuing marriage with him would be nothing but a disaster.

Walking towards the Select mart at the petrol pump today, I saw a sign on the wall that read “Select Gate” with an arrow pointing towards the right. It took me a while to figure out that they really meant that the door (the “gate”) was to the right.

The writers of this sign may be excused for being uneducated people who are unfamiliar with the English language. Being an avid reader and a writer, however, like Henry Higgins, I am particularly sensitive to the abuse of the English language, especially when it comes from someone who really should know better.

I was talking to a certain woman in my neighbourhood the other day. She started off the conversation by telling me she had been “marketing”. My mind began to conjure up images of advertisements, publicity, promotional gimmicks and the like, until she proceeded to tell me about her traumatic experience during a recent trip to the butcher’s.

“I’m sorry? The butcher? How did he manage to fit in your marketing campaign?” I blurted out.

“Marketing campaign? Of course he fits in. Won’t you find the butcher in the market?”

Oh, she meant going to the shops. How silly of me!

This joke was lost on a girl who had completed her Masters in Business Administration (MBA) with me. She recently lamented via a Facebook status update on how people were unable to distinguish between the terms “marketing” and “sales”.

I immediately responded with,

“Oh, I thought marketing meant going to the market. I didn’t know it had anything to do with sales.”

My joke immediately fell flat. Narrating the whole from-the-book definition of marketing that would have made Philip Kotler proud, she concluded with “…whereas sales means SAILING a product.”

I had to tie my hands down to prevent me from crafting a reply that mentioned a boat. She wouldn’t have understood.

On another occasion, a classmate sent me a text asking me if I knew about a “protean” diet. For a person who had been raised up in a family that never spared a cricket match, who as a teenager had developed (for some inexplicable reason) a massive crush on the late Hansie Cronje, this was irresistible.

I immediately texted back,

“A diet of hot South Africans? I wouldn’t mind a bit of AB de Villiers if he’s available.”

Turns out that is not what she was talking about.

I was recently proposed to by a young man who was otherwise the perfect eligible bachelor and quite the gentleman. He had been educated at a prestigious business school, with a job in Malaysia, and I was not expecting to hear him use phrases such as “anyways” and “sux”. It took a lot of effort on my part to convince myself that I was not being courted by a teenager still in high school. I constantly found myself mentally correcting his grammar and ultimately I realised that pursuing marriage with him would be nothing but a disaster.

It’s not much better at the office either. Anyone showing up late for a meeting or appointment invariably comes with a very apologetic “sorry for late”, or “sorry for kept you waiting”.

I cannot stop myself from cringing every time.

Yet, there have been funny situations, too. Congratulating a manager (who was affectionately known as “Sally”) on the birth of his first baby, a colleague and I wrote on the card we designed for him:

“Congratulations on your spawn, Sally. We are proud of you! Way to go!”

The look of utter and total incomprehension on his face as the entire department roared in laughter was priceless.

The true heartbreak came in an article I read in a reputed newspaper some time ago. Growing up, I had taught myself English by reading the various publications of this newspaper and improved my creative writing skills by writing for its children’s edition. The author mentioned her late sister – using the word “belated”. I cried – and not in mourning for the dear, departed sister.

One can excuse those who do not know the language or whose command over it is poor, or maybe even someone who is learning to speak it. But if someone has had a background where they have been exposed to English, or their job requires knowledge of the language (as in the case of the newspaper editor mentioned above), they should at least take the trouble to get it right. If not, at least get rid of the hang-ups that prevent communication in Urdu – or any other regional language – when your English is inadequate.

People should learn to be comfortable speaking their own languages rather than equating knowledge of English with a status symbol.

Cheat sheet: How to deal with cheating manufacturers!