Pay no attention to me, I am just a Pakistani citizen 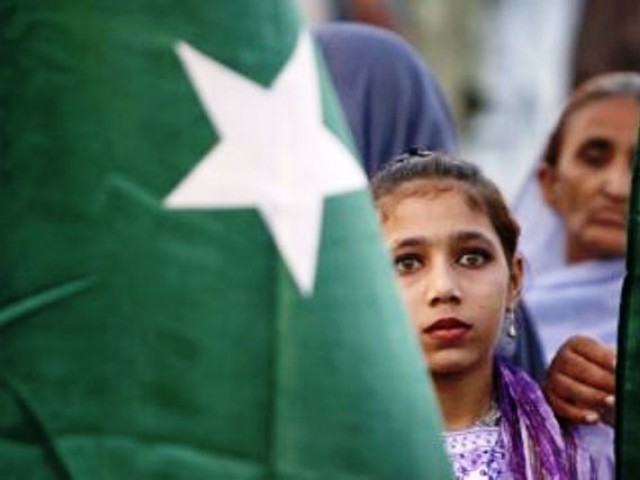 As a citizen of my country, I am disgusted by how unimportant I am. My facilities are not mine to have. PHOTO: REUTERS

I am nothing but a pawn to be thrown around in a game I do not choose to play.

Nothing I own belongs to me.

I have surrendered it all to the chaos I call my homeland.

Consider my cell phone. I pay a considerable sum to be able to connect with the people in my life. I part with hard-earned cash every month in order to make calls and send text messages upon my will. It is my security against inconveniences and possible emergencies.

Yet, I wake up every week to news that my right to communicate via cellular networks will be denied for the day.

I am not given a reason why I cannot utilise a service I pay for. I do not get any apology for this forced deprivation in a day and age characterised by constant communication.

I have zero evidence that the nuisance of suspended cellular service has minimised crime or violence around me.

On the contrary, I feel more unsafe than ever.

My cousin is a medical student in the local education system, but his efforts or concerns are meaningless before his administration’s whim. After waiting for notification on exam dates for weeks, he is informed forty eight hours before his first scheduled test, instead of the two week notice required.

When he frantically calls all stops to prepare, his exam is cancelled the night before due to ‘worsening conditions’ in the city. A day before the second exam, he is informed that this too has been postponed because the date conflicts with a religious holiday expected long before any exam dates were announced.

He, too suffers because the decision makers forgot to consult their calendar while doing their job.

There is no meaning to the agony that hundreds of students endure, not knowing whether tests their futures depend on will occur according to a volatile, idiotic schedule.

We may despise the system all we want, but we will remain victims.

Every summer I donate to flood drives, knowing that I will do so next summer too, and the one after. There will be no precautions taken, no lessons learnt from the destruction of thousands of homes and livelihoods.

I am painfully aware that government promises to take flood prevention measures are laughably empty.

In my home and at my workplace, I sit through electric load shedding that lengthens every year.

When I venture out on a street, I am embroiled in traffic jams that occur because a government official is expected to drive through the area.

What do I gain by wasting my time and resources so that he can pass conveniently?

There is no answer.

As a lowly citizen, the system does not care about, I am not entitled to ask questions anyway.

However, there are certain roles I can still claim. I have the right to be taxed, year after year, without receiving any benefits in return. I may partake in much hyped protests that yield no results. I can avoid minor charges by bribing the local policeman whenever needed. I may buy pirated films and music, or purchase stolen car parts for a fraction of their price in the thriving black market.

I have the option to utilise corpses of my beloved as props to cry out against never-ending persecution following more deadly bomb blasts. If I have the right connections, I can possess a gun with or without the required license.

If I am a politician, I can push the masses to risk their lives while sitting in my bulletproof car. If I am the president, I can make noble statements about democracy and revenge, and then watch my people die one by one from the windows of my mansion, guarded so heavily that it renders neighbouring streets useless.

As a citizen of my country, I am disgusted by how unimportant I am.

My facilities are not mine to have.

My plans fail in an instant as riots break out around me.

My safety is in jeopardy every instant, everywhere.

My hopes have been dashed too many times by too many statesmen.

My pride, my autonomy, my wealth is an illusion.