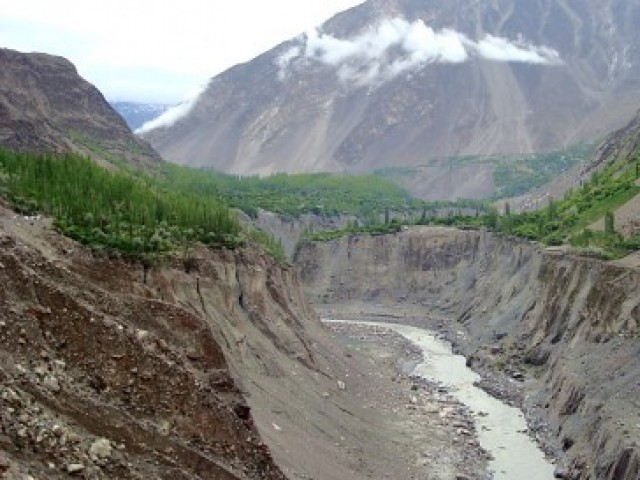 G-B is one of the most scenic tourist spots of the world. PHOTO: FILE

I still remember how tourists, particularly foreigners, would openly wander around the streets of Gilgit-Baltistan before the 9/11 attacks and the subsequent start of sectarian violence in the region.

G-B is one of the world’s most scenic destinations, where tourism was once the main source of income for a majority of the population.

During summer, some 12 years ago, G-B would host so many foreign tourists that domestic tourists found it hard to find any accommodation.

Every hotel, restaurant, guesthouse and even private residents were occupied by foreign tourists and dollars were showered in every business.  Tourists would roam around without any guards and there was no fear of attacks on them. But, alas, the golden period is over and the region has been hit by a wave of sectarianism.

The tourism industry in G-B has almost vanished and the economic situation of people has started depleting as there is no other business due to the landlocked location of the region and not to forget, its harsh weather.

Why should it not be the prime responsibility of the government to craft a comprehensive strategy to attract foreign tourists and once again to the key tourist spots of Pakistan and restore G-B back to its former glory?

The government should ensure foolproof security to tourists along with providing basic facilities so that they can comfortably visit one of the most scenic tourist spots of the world.