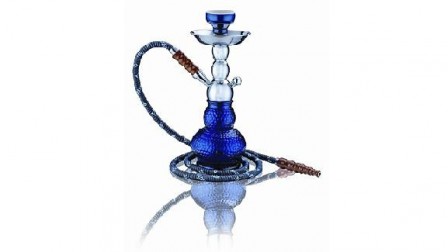 A major factor adding to Shisha's popularity is its social acceptability as compared to cigarettes.

Shisha also known as waterpipe, hubble bubble and hukka is a centuries old habit. Unfortunately in recent years its use has increased all over the world including Pakistan.

Previously its use was limited to older people in villages but now it is being promoted in all major cities of Pakistan. Every day new shisha cafes are opening up and our youth is using it without realizing the dangers associated with it. Most five star hotels have opened up shisha corners at their restaurants.

In shisha, tobacco is served to people mixed with certain flavours. Research done in the UK last year showed that people who regularly smoke shisha can suffer from dangerous levels of carbon monoxide (CO) similar to that of inhaling a car exhaust.

Shisha smoke also contains hundreds of potentially dangerous substances, including charcoal, nicotine, arsenic, cobalt, chromium and lead. In addition, water pipe smokers might absorb higher concentrations of these toxins because of higher concentrations in the smoke itself, or because they may smoke for several hours at a time and may inhale the moisturised, less irritating smoke more deeply. A typical hour-long shisha session involves inhaling 100 to 200 times the volume of smoke inhaled when smoking a cigarette.

A survey was conducted in Pakistan in 2008 among students at four different universities of Karachi, selected through random cluster sampling. Out of total of 450 participants, 59.6 per cent were male and 40.4 per cent female.

More than half of the participants reported having smoked shisha (53.6 per cent). On examining factors associated with starting shisha smoking, curiosity was found to be the most common reason (61.4 per cent), followed by pleasure-seeking ( 46.9 per cent), peer pressure ( 22.8 per cent), boredom ( 17.8 per cent) and stress ( 10.8 per cent).

Of the 241 participants who had smoked the waterpipe, the majority (61.8 per cent) were current smokers. A vast majority of the participants (60 per cent) considered waterpipe smoking to be less unhealthy than cigarette smoking.

Boredom in youth, use of waterpipe in leisure activities and peer pressure were identified as the most common reasons for the escalating popularity of waterpipe smoking in Pakistan. The reasons for this rising trend are certain misconceptions that water pipe smoking is not hazardous to health, since the tobacco is filtered through water before inhalation; nicotine content is less than that of cigarettes and addition of fruit flavours make it healthier.

Another factor adding to its popularity is its social acceptability as compared to cigarettes and its portrayal as a symbol of modern lifestyle. In another survey that we conducted at AKU it was found that those who experiment with shisha are more likely to use others forms of tobacco products like cigarettes, gutka etc.

According to Prohibition of Smoking Ordinance 2002, tobacco sale is prohibited by law to anybody under the age of 18. Smoking is also prohibited at all public places, including hotels and restaurants. It is indeed sad that by allowing cigarette and shisha smoking in these closed premises, the anti-smoking laws of the country are being flouted by almost all hotels and restaurants in the country.

I have written several letters to the ministry of health and to the ministry of hotel and tourism in this regard but so far no action has been taken. Our health authorities must take notice of the current situation and put a complete ban on serving shisha at any hotel or restaurant in the country.

The electronic and print media must warn the public, particularly the youth, on the serious potential health hazards associated with shisha smoking.

As a chest physician I would like to tell our youth that our lungs are not meant for flavours. If you like the flavour of coffee then drink a cup of coffee rather then inhale this flavour along with toxic fumes in the form of shisha.