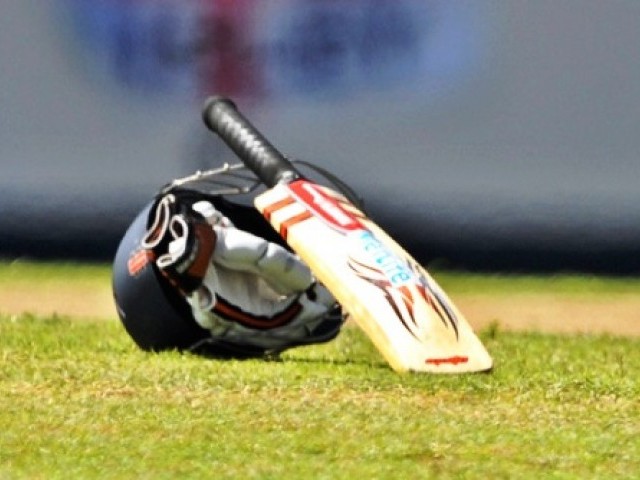 Bangladesh does not want to visit Pakistan and their decision is not ill founded either. PHOTO: AFP

Those days, it seems, are long gone.

It is not news to anyone that the present situation in Pakistan, besides many more important things, has hurt Pakistan cricket quite intensely. The average citizen is deprived of watching his/her favourite stars play in their backyard. Young cricketers are deprived of portraying their skills in front of a home crowd and being cheered on.

The previous Pakistan Cricket Board (PCB) regime strained its relation with almost all cricketing boards around the world; the little goodwill it had left went down the drain when the Sri Lankan team was attacked in Lahore.

The, then, PCB chairman, instead of handing his resignation and apologising for the severe lack of proper security, went ahead blaming others for his shortcomings. As a result, no country in the world wants to visit us anymore and quite understandably so.

Despite all that, however, Pakistan cricket is surviving and is improving bit by bit, thanks to a (slightly) better board and chairmanship. The current regime seems mildly better than the last one. The current chairman, for the most part, is making correct decisions in bringing back Pakistani cricket to its long lost glory. But what is irking many cricket fans, including myself, is the persistence of the current PCB setup on bringing the Bangladesh cricket team to Pakistan.

What is that going to achieve, dear PCB?

Bringing Bangladesh won’t bring back other teams to the country. Bangladesh is not, quite frankly, an A-list team; besides, Bangladesh does not want to visit Pakistan.

Their decision is not ill founded either; have you not seen the current turmoil the country is in?

Long marches, bomb blasts, terrorism, genocides, and target killings are a daily routine now. Pakistan is among the most dangerous countries in the world for its own citizens, let alone foreigners. Our players are already deprived and sidelined, to top it off, your decision to not allow them to play BPL is like a blow below the belt.

Dear overlords of Pakistani cricket, let’s please focus on making our cricket team a formidable force, and leave inviting other countries to visit us alone for now. Let the conditions in the country improve first and if there comes a time when there are considerably less terrorist attacks and threats to foreigners, we can make a case in front of the world that we are a safe country to visit. Because it appears quite nonsensical to appeal to the world to visit us while tons of people are being slaughtered in Quetta, bombs are going off in gas stations in Karachi, protests and dharnas are being held in front of the Parliament, arrest warrants being issued for the Prime Minister of the country and the Karachi Stock Exchange losing 500 points in a single week!

So please let our cricketers play where they can and showcase their skills; stop putting other teams in jeopardy.

I, like every Pakistani cricket fan, would love to see our cricketing glory return; I would love to see foreign players playing at the National Stadium, Qaddafi Stadium or Arbab Niaz Stadium. But for that to happen we have many more milestones to meet, many more hurdles to overcome and many more mountains to climb.

To end what I have already stated, with more perspective, I take a stanza from a famous poem by Robert Frost;