Can rape be classified as ‘big’ or ‘small’? 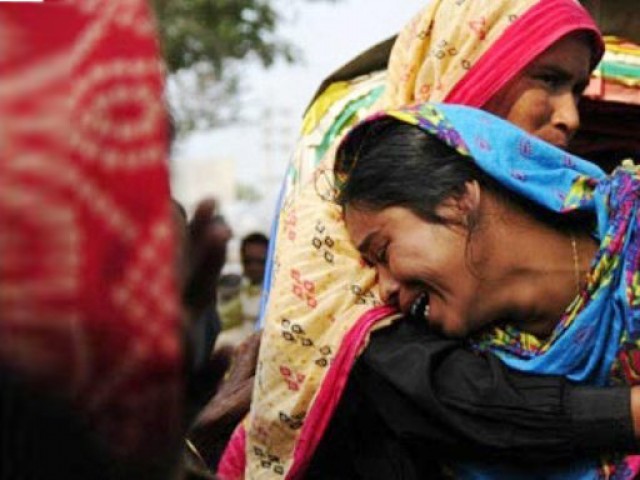 Violating somebody's body - whether it is in a 'big' or 'small' way - is wrong. Period. No questions asked. PHOTO: AFP

A week after Ajmal Kasab – the gunman guilty of complicity in the 2008 Mumbai attacks –was hanged in November 2012, a friend from Mumbai and I were discussing the pros and cons of capital punishment.

While we both agreed that hanging a person who threatened the security of the state was just, our stance on capital punishment itself was opposite:

I was in favour of death sentences, while my friend was against them. When the discussion turned towards rape, things got complicated.

“Depends on whether the rape case is big or small,” said my friend.

In all fairness, I know he wasn’t speaking literally but at the same time, it was the exact response that drives me up the wall.

Violating somebody’s body – whether it is in a ‘big’ or ‘small’ way – is wrong. Period. No questions asked.

But sadly, most people prefer to determine what the appropriate reaction would be after ‘analysing’ the scenario. These are some of the questions which start pouring in as soon as a rape case is reported on a news desk or even as people come to know of the incident:

Was the victim a minor or an adult?

Was it one person or a gang rape?

Was the victim raped once or multiple times?

Was the victim beaten or ‘only’ raped?

My reply to all of the above is: Does all of this even matter? A rape is a rape.

However, it seems as though the goal is rate the ‘intensity’ of the rape on a scale of one to ten – one being the least, ten being the highest.

It took a woman who was raped and brutally violated on a moving bus in Delhi for the nation – including my friend – to cry out for the accused to be hanged. The Delhi rape incident, it appears, was a ten.

The ‘magnitude’ of the crime and whether it fulfils the criteria for capital punishment can also be traced in the Indian law. In 1983, a ruling by India’s top court stated that the death penalty should be imposed only in “the rarest of rare cases.”

However, ask the woman who has been raped. Does it matter to her whether she was violated once or many times?

The truth is that there is no way anybody can put a number on the trauma that a victim of rape suffers. It is intangible.

If, however, we must follow this gross rating system, I believe that if it’s a rape, regardless of what number it ranks on this ‘scale’, the punishment should apply evenly across the board. Punish one rapist, punish them all!

The problem is that most often, when a punishment is awarded, the victim or survivor is taken out of the equation. In the Delhi rape case, the victim did not survive but ask those who did, and they’ll tell you that there is no scale which could measure if what happened to them was worse or better than the other person who was abused.  In fact they would ask that if Dhananjay Chatterjee, a security guard accused of rape and murder, could be hanged in 2004, why weren’t the other rapists arrested after him given the same fate?

What does it say about the society and the law of the country?

Governments and advocates of ending capital punishment need to be conscious that by defining which acts ‘deserve’ the death sentence, we are inadvertently encouraging a grading system. A system where the person who goes on to commit a crime as gruesome as rape, murder or even molestation, can rest assured they will live to see another day as long as the fine line between ‘rare’ and ‘rarest’ is not crossed.

Stop discussing how a woman dresses, who she was with and why she was there. Stop rating the chances of her getting raped because she did ‘xyz’.

Treat rape like the heinous crime that it is.

The author is a senior sub-editor on the Karachi Desk at The Express Tribune.

Rinkle’s conversion: A matter of free will?