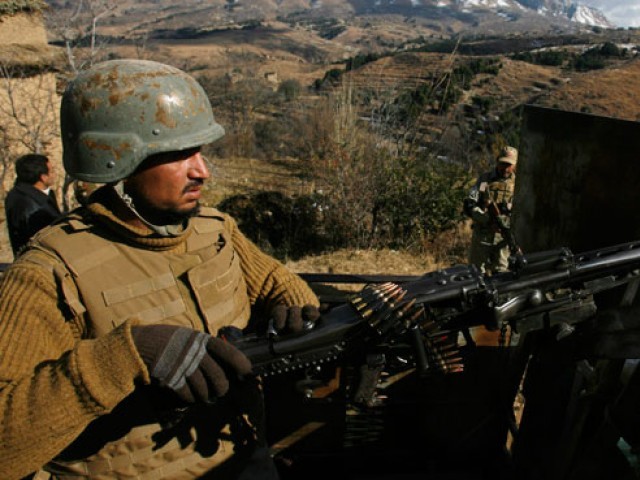 Large sections of the Pakistani media are actively working to bring Pakistan and India closer. The same can't be said for the Indian media. PHOTO: REUTERS

Last night I was able to catch a quick glimpse of the news that is being broadcasted in India currently. Since the alleged cross border raid by Pakistani forces that left two Indian soldiers dead, there has been much speculation.

Barkha Dutt, an Indian journalist fairly well known on this side of the border, read out a very tense, stern, hyped-up monologue that set the tone for her entire show.

Her emphasis, time and again, on the “unprovoked” aggression from the Pakistani side as well as the “gruesome” and “horrific” nature of the attack stood out.

Unprovoked because the Indian Army was attacked on its side of the LoC and had not launched an adventure of its own. Gruesome because according to the anchor, “one soldier was decapitated and the other may as well have been decapitated.”

For those who are still unaware, the Indian Army’s Northern Command has denied that either soldier was decapitated or had their throats slit, according to Reuters.

How the decapitation story found its way into the discourse is brilliantly chronicled here. Also, this report by an Indian website confirms that the alleged attack by the Pakistani forces seems to have been in response to an earlier raid by the Indian army, on January 6, that left one Pakistani soldier dead and another injured.

So the attack was neither “gruesome”, nor “unprovoked.” It was simply retaliation for an earlier Indian raid and it is still only “alleged.” Why?

The UN mission is though going to investigate the January 6 incursion by Indian forces, which was promptly reported by the Pakistani side. As opposed to the patrol party engaging in a firefight, as happened on January 8, Indian forces physically attacked a Pakistani post and while retreating left behind a gun and a dagger.

Based on the better evidence, Pakistan appears to have a stronger case to complain.

Yet it is the Indian media, with even the more moderate anchorpersons, building an emotional, and hyped up narrative of barbarity and adventurism against Pakistan.

Politicians have played their part sure, but the charge is firmly being led by the media.

The sensationalism means that the Indian Army’s initial raid, which actually escalated tensions along the LoC, has been erased from the discourse.

Moreover a misreporting of the facts, coupled with TV screens flashing “When will India wake up” in red, are driving an increasingly hostile reaction against Pakistan.

The Pakistani media on the other hand did not raise much hue and cry on the Jan 6, 2012  incident.

A part of the reason could be that we are more focused on the so called WoT. However it is also true, and more relevant, that large sections of the Pakistani media are actively working to bring Pakistan and India closer.

That is why the media is careful not to over-hype incidents that can derail the peace process and put the perpetually strained relations between the countries under more pressure. We love our soldiers as much as the other side, and we have our fair share of hawks eager for confrontation, but that didn’t stop the media from taking a cautious, reasoned approach.

The irresponsible and sensationalist stances taken by the Indian media can thus push their counterparts in Pakistan into a very uneasy corner. Already there is valid criticism on the media for not presenting Pakistan’s case as well, and as forcefully, as it should have. Parts of the media have in response taken sterner lines.

This will only grow if the Indian media doesn’t change its attitude, and the resolve on this side to keep the larger interest in mind will weaken. Journalists seen as pro-India will be called out and their credentials called into question. When one or two channels finally take the aggressive “when will we wake up” line, others will most likely follow.

The Pakistani media might have taken the pro-peace, some would say pro-appeasement, line with regards India, but they won’t be able to hold it for long if their Indian counter-parts keep sacrificing reason on the altar of sensationalism.