Deadly exorcism and our collective demons of ignorance 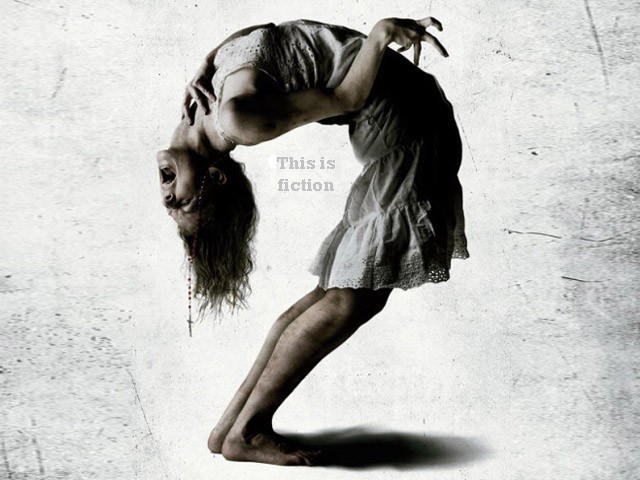 For exorcisms, there is no standard operating procedure and no documented evidence of success.

Yesterday, the police found a body that had been pierced by needles over a hundred times. The girl’s bones were fractured by repeated blows to her limbs, and then burned with a hot iron rod.

The police claim the it was exorcism, but no one is sure about what really happened to her.

Earlier last year many cases were reported. In one, a girl named Salma, who was just 13 died of exorcism. According to The Express Tribune,

The girl’s breathing was hampered by blocking her nostrils with cotton buds and holding her mouth shut.

I find it unbearable that such incidents should be news stories, rather than a gruesome movie you challenge your mild-hearted friends to watch.

Yet it’s a reality that we may very well, to our collective horror, have to look square in the eye, and question the superstitious beliefs we so strongly hold.

According to the The Express Tribune’s own survey , over 55%  of those who voted believe in magic. There are many among us who regard demonic possessions and witchcraft as legitimate threats to our security. Surely, one’s personal beliefs are none of my concern, and in themselves these beliefs minimally affect people’s lives.

The problem arises when opportunists begin crawling out of the woodwork. They recognise our general ignorance of psychiatric disorders, and our disillusionment with the limitations of medical science. And within it, they see a lucrative industry based on fleecing the gullible and the desperate.

For medical procedures, there are universally accepted methods of performing them, all based on an abundance of scientific evidence. A surgeon cannot get away with making an incision on your neck, and claiming that he was trying to remove your cancerous kidney.

For exorcisms, there is no standard operating procedure and no documented evidence of success. You can have 50 different exorcists performing 50 different rituals to vanquish the same jinn, and not one of them will offer you any more evidence than the other for the validity of his method.

I witnessed this several years ago when I approached various pirs and babas with a fictitious problem (I’ve been told I’m a good actor!) Each of them asked me for a different set of items. One of them peculiarly requested 1.5 kg of saffron for a ritual, an amount I don’t think I’ve seen in my life!

This means that even if you do believe in the existence of jinns and their ability to commonly possess humans, there’s virtually no way of objectively determining which exorcist will do the right job.

I doubt these con-artists have conducted any double-blind studies to prove the accuracy of their ways.

Young Salma’s death is the tip of the iceberg, and we’re fortunate (an odd word to use in this grievous circumstance) to have apprehended the culprit. There are many more that have been swindled into poverty, faced unimaginable psychological and physical torment, and even lost their lives in their attempts to have their demons warded off or curses removed.

Our responsibility extends further than quietly condemning and arresting these heartless scammers. We must cease being a petri dish of dangerous convictions in which these scammers thrive.

Correction: An earlier version of this post stated 55% of Pakistanis believe in magic. This has been changed.