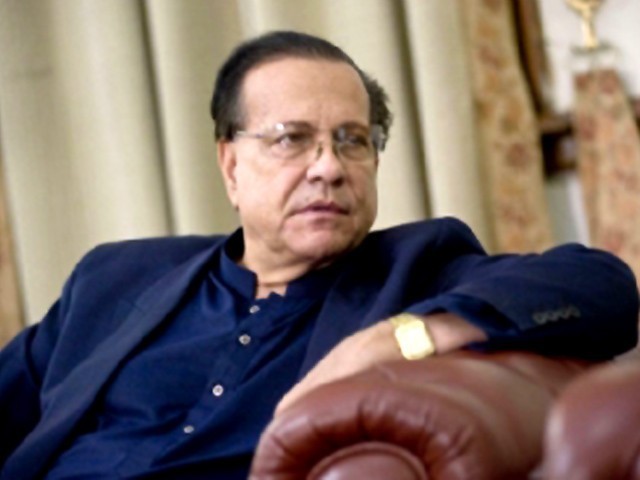 After the assassination of Mr Salmaan Taseer, the space for debate on the law has narrowed down exponentially. PHOTO: SALMAANTASEER.COM

Intellectual hegemony is a concept introduced by Italian political theorist Antonio Gramsci. In simple words, it means an ideology that is so prevalent and widespread in society that it is considered the ultimate truth or “common sense” and any other ideology that is different from that particular dominant ideology is considered heretical. In this way, status quo is maintained.

Let me explain this in Pakistan’s context. A few years ago, speaking out about the blasphemy law – originally instituted by the British and made stricter by Zia and Islami Jamhoori Ittehad (IJI) – was not considered life threatening.

After the assassination of Mr Salmaan Taseer, the space for debate on the law has narrowed down exponentially. Today, no one is talking about the brutalities committed in the name of that law (dozens of extra judicial killings) anymore.

I find it tragic that his mission has not been carried forth by his supporters.

I was never a big fan of Mr Taseer’s politics but I admire him for his courageous stand on the blasphemy issue. Numerous friends of his state said that he was foolhardy to pursue a hopeless cause. But don’t all worthy causes look like lost ones?

A pertinent quote from Harper Lee’s To Kill a Mockingbird glares at us today:

“Just because we were licked a hundred years before we started is no reason for us not to try to win.”

In my eyes, Salman Taseer was a hopeless romantic, and that for me is the best kind of romantic.

The idea that whatever is written in the blasphemy law is final and can’t be amended at any cost is a symptom of intellectual hegemony. Any action taken under the umbrella of blasphemy is legitimised in the eyes of the general public — like the recent open and shut case with YouTube.

Similarly, there is a version of history that has been propagated by revisionist textbooks and reinforced on daily basis by vernacular press is considered as absolute truth. Anyone who dares challenge or criticise that version is a traitor and an enemy agent.

This version would not let you know that Pakistan was the instigator in almost all wars against India, that our esteemed Jihadis had little role in the breakup of the mighty USSR, that Taliban were created by Pakistan’s deep state, and that India awarded us status of the Most Favoured Nation (MFN) in 1995. It won’t tell you that Pakistan has got the maximum number of Fulbright scholars studying in the US on US taxpayer money, that Osama changed several houses before settling in at his last abode and many of such truths because they contravene the intellectual hegemony.

Pakistanis didn’t believe that 9/11 occurred. We didn’t believed that Osama bin Laden was killed in the Abbotabad operation, that Taliban are sworn enemies of Pakistan and its state, that Malala was attacked by Fazlullah’s men or that Bashir Bilour was assassinated by Taliban.

All these assumptions exist because it doesn’t fit the narrative that has been fed to the public day and night by rabid TV anchors, the vernacular media and conspiracy theorists.

Someone on the internet explained the situation very well;

“[…] When Malala was attacked, Taliban accepted responsibility. Girls in her van told what had happened, heads of state, parliament and army visited her in the hospital, but people still believed it to be a drama. On the other hand, we readily believed in the water kit. This is our calibre as a nation.”

I couldn’t have said it any better about the national confusion than Mr Feisal Naqvi when he wrote;

“We killed BB; they blamed Musharraf. We shot Malala; they blamed the US. We beheaded an SHO in Peshawar and I thought people would compare us to Grendel; we didn’t even make the front pages! We attacked the Peshawar airport and people worried about tattoos. We killed polio workers and even a Harvard-educated lady senator thought it could have been a conspiracy. I swear the next time this happens, I’m going to set someone on fire outside the Islamabad Press Club! Maybe that way we’ll finally get some respect.”

In the last year, we have experienced countrywide shutdowns leading to a ban on YouTube, disruption during concerts, violent attacks on polio workers, desecration of Ahmadi graves, blockage of mobile services on special days and painting exhibitions getting cancelled.

There has been no national outrage. There has not even a debate about all this. That is intellectual hegemony at work. A few years ago, there was some discontent due to excessive loudspeaker usage; even the government took action then. With time, the writ of state has eroded and, like other things, there is no stopping the incessant din of loudspeakers from mosques of different denominations. Voices of dissent are few and far between.

The few dozen ‘liberals’ left in Pakistan have been rendered redundant as they don’t reach out to the local language newspapers. If that wasn’t enough, they have yet to properly organise themselves for a more ‘grassroots’ approach to problem solving. Instead, all they do is complain without really getting into the nitty gritty of things which our ‘right wing’ actually does a lot.

YouTube is not coming back anytime soon, and I am afraid, neither is sanity.

Our liberal intelligentsia has its own intellectual hegemony in place. Recently, there was a blog piece against the ruling party published by The Express Tribune. The outrage that it evoked on Twitter and discussion forums about ‘attacks on democracy’ was a vivid reflection of that hegemony. Why have certain things become so important to us that we can’t even tolerate discussion about them?

Today is the second death anniversary of Mr Taseer and I am ashamed to say that his party abandoned his mission and there is scant chance of its revival now.