Turning auto-correct off can save your life! 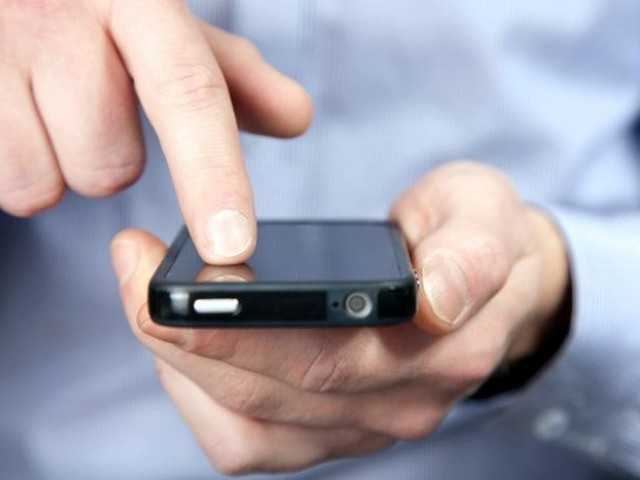 Don't ignore a 'mumbo jumbo' text message. You could save a life! PHOTO: REUTERS

In this tech savvy era of drones and super phones, human beings are alarmingly evolving into cyborgs.

We have gradually succumbed to electronic devices and text messaging as a preference to keep in touch and verbal communication has drastically declined.

With all the user friendly accessibility options popping up on our cell phones and tablets, the spelling auto-correct function can foil a colossal blunder.

In some cases it might be the highlight of the conversation itself. Our innocent words that we meant well (well most of the times) can be manipulated into horrific insults.  We become inventors, discovering new words and phrases and then later taking snap shots of it and laughing over it for hours.  Sometimes these auto-correct blunders can make our days!

But sometimes, turning it off may just save your life!

According to HuffPost; last December, a 25-year-old, pregnant woman in Boston, Massachusetts after conclusion of a routine visit to her obstetrician, text replied to her husband in a gibberish and incoherent tone, with reference to their baby’s due date.

As stated by HuffPost, the conversation went like this:

Husband: So what’s the deal?

Wife: Every where thinging days nighing

Wife: Some is where!

Husband: What the hell does that mean?

Husband: You’re not making any sense.

Fortunately, her husband suspected something was amiss and rushed her to the Emergency Department, where doctors suspected a stroke.

Later an MRI and a stroke work up revealed decreased blood flow to the left side of her brain and she was diagnosed with a stroke.

Timely diagnosis and prompt treatment saved her life and prevented any disability from occurring.

‘Dystextia’ is a new medical term coined by researchers at Harvard Medical School, Boston. It means “alterations in texting ability” or “unintelligible texts” according to their study published online in the Archives of Neurology.

Now, doctors suggest that this might be the first presenting sign following a stroke. Aphasia “defect or loss of the power of expression by speech, writing or signs”, is a known common manifestation of stroke occurring in 21% to 38% of acute stroke patients. This discovery will now benefit neurologists and doctors and provide them with a new window of opportunity and aid them in the early diagnosis and treatment of stroke.

A stroke (also known as cerebrovascular disease) occurs when a blood vessel that carries oxygen and nutrients to the brain is either blocked by a clot or bursts. Having a stroke can be a catastrophic and life-threatening event.

Worldwide an estimated 15 million people suffer from stroke annually, according to the World Health Organisation. Each year stroke is responsible for causing five million deaths and resulting in five million people suffering permanent disability. The American Stroke Association states that stroke is now the number four cause of mortality and the leading cause of disability worldwide.

On a national scale, stroke is now among the three leading causes of mortality.

Poverty, illiteracy, unhealthy life style and dietary habits have aggravated the problem in our country.

High blood pressure is the single most important risk factor for stroke. Other risk factors include diabetes, obesity, smoking, high cholesterol, physical inactivity and age. All of these contribute to and significantly increase the likelihood of developing a stroke. However, control of these risk factors can result in 40-60% decrease in stroke incidence.

There are many internationally approved professional systems for early recognition of stroke such as the FAST (Face dropping; Arm weakness; Speech difficulty; Time to call for help) scale.

As per globally recognised guidelines, patients treated within 4.5 hours of onset of symptoms have a significantly increased and favourable chance of making a good recovery and preventing disability.

Getting down to brass tacks and generating public awareness through print and electronic media, holding mass media programmes and launching campaigns plus scheduling free of cost screening tests is urgently needed.

Furthermore, it is essential that regular and timely medical check-ups be conducted among the middle aged and elderly population.

So if you happen to receive a nonsensical “mumbo jumbo” text message from a friend or colleague, should you become a Doubting Thomas or perhaps act like a Good Samaritan?

The answer lies to promptly investigate further for any other aberrant and peculiar notable flags and expressions. Although dystextia solely alone cannot be diagnostic of a stroke, it coupled with other signs of slurred speech, decreased vision and movement disturbances should immediately be treated as a medical emergency and the patient referred to the nearest stroke clinic or hospital for assessment.

A Dow Medical College Alumnus who has professional affiliations with the Dow Graduate Association of North America (DOGANA) and the Canadian Association for Neurosciences (CAN-ACN).