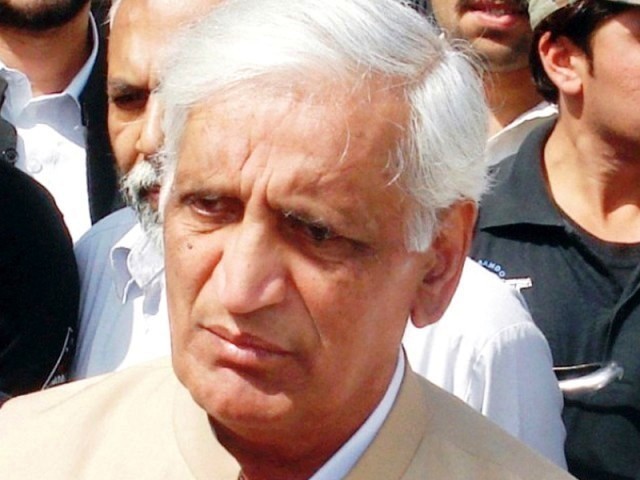 Till his final breath, Bilour was unflinching in his beliefs and never compromised on principles. PHOTO: FILE

Bashir Bilour Shaheed’s loss is no ordinary loss. His life was cherished by many. He was a source of hope for scores of party workers. He was called lala, or big brother, by thousands of people whose lives he touched.

Bilour made a mark as a person who would not bow down. He, his brothers, and his party, were made to suffer by dictators and supposed democratic leaders alike, all because they were steadfast in their simple, yet impossible vision – which was to achieve a democratic, secular state.

However, Bashir Lala was not a typical liberal. He was not the member of a party that thrived under a dictator’s protection.

He was a member of, arguably, the only party in the history of Pakistan, sans the original pre-Pakistan Muslim League that owed nothing to military dictators.

He, his family, and his party cadre, have suffered because they never toed the dictators’ line. Till his final breath, Bilour was unflinching in his beliefs and never compromised on principles.

It is lamentable that his martyrdom came through hands of dictators’ pawns. But this seems to be the fate of all who dare to believe in democracy and oppose dictatorships and theocracy.

It is worth acknowledging though, that while God simply reminds people to come to Him, theocracy-supporters believe in forcing people to believe via the barrel of a gun.

What the crusaders did to Palestine centuries back is no different from what the Taliban want to do to our country today. Bilour and his supporters stood against this very injustice.

In his death, we are served a reminder that in this battle initiated by self-proclaimed religious warriors (with the blessing of not-so-foreign hands), only one side believes in God’s message.

Is it the side that spills blood as a first option, or the one that is unwilling to kill, even as a final option?

If you know the answer, you know who God’s real warriors are, and also what kind of war is being fought by the other side.