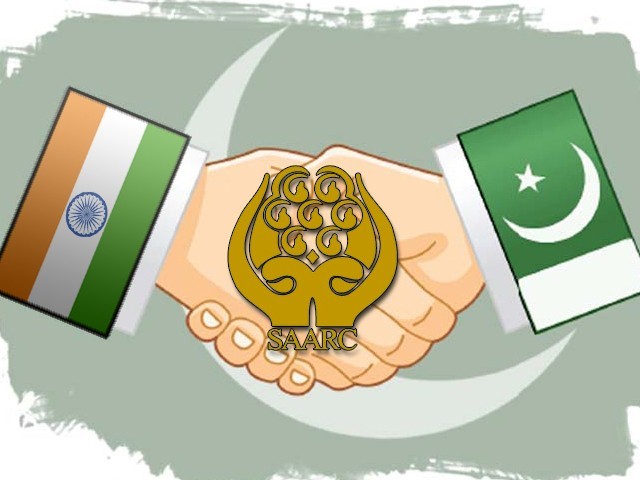 SAARC states, with the effort of Pakistan and India, it can press for greater political and economic integration. DESIGN: JAMAL KHURSHID

I tried to find the answer to a question at a South Asian Association Regional Cooperation (SAARC) conference recently held in Islamabad.

After meeting representatives of Nepal, Sri Lanka, Bhutan, India, Bangladesh, Afghanistan and the Maldives, I can say that yes, SAARC can be an effective regional organisation.

But its bright future depends upon good relations between the two nuclear neighbours – India and Pakistan.

In my opinion, if Pakistan and India pursue good ties, keeping in view long-standing trade relations, then SAARC can turn into a mega platform for seeking solutions to regional problems.

Being a representative of Pakistan at the SAARC media fellowship, I observed that SAARC’s economic, social and political viability has been questioned for decades only because of the decades-old hostility between New Delhi and Islamabad.

My purpose is not to blame New Delhi or Islamabad in this regard but only to suggest to these two neighbours that this is the prime time for both to proceed with business relations, especially in the aftermath of the new visa agreement.

An important question arises here that if SIC, a small department of SAARC can take small but a positive step then why not the top leadership of SAARC?

In a nutshell, I think that SAARC states, with effort of Pakistan and India, can press for greater political and economic integration, similar to the European Union or the Shanghai Cooperation Organisation.

Cessation of hostilities is a must.