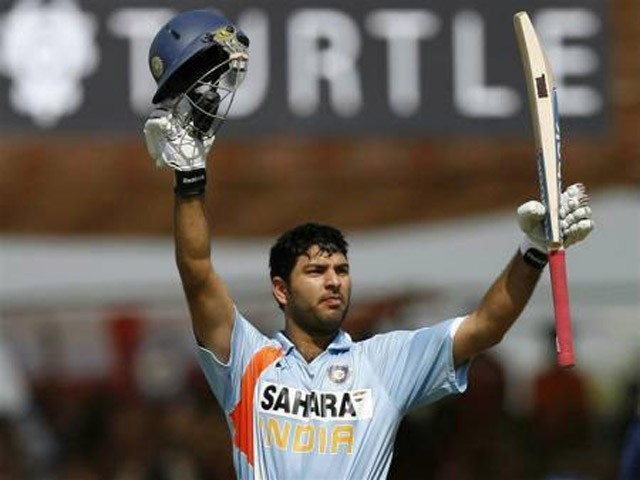 India -Pakistan matches are always torrid love affairs, and what a nail-biting encounter the second T20 turned out to be!

Pakistan’s loss and inability to cross the finish line with just 26 runs pending in the last two overs was a deeply heart rendering sight- however, the credit for that goes primarily to Yuvraj Singh.

Yuvraj may not be cut out for Test cricket as his repeated failures have shown, but in limited-overs cricket, he is one of the fiercest strikers there is and yesterday’s innings was a master class in clean hitting. This is one of those times when statistics tell the story succinctly; 72 of 36 balls with seven massive strikes over the rope.

What else can you ask for from a middle order player in a 20-over game?

What was even more entertaining and impressive was the fact that the innings came against the likes of Gul, Ajmal and Afridi. Afridi is a declining force in the T20 and is not the bowler he used to be a year or two ago, but Ajmal and Gul are still at their very best. They played a crucial hand in Pakistan’s win on Christmas over the same opponent.

The way Yuvi deposited Ajmal into the stands over mid-wicket was a sight to see, especially the three consecutive sixes. He just faced two deliveries from Gul when he was dismissed but by then the damage had been done.

Yuvraj and Dhoni’s partnership put the match beyond Pakistan. With a batting line-up not known for its ability to perform under pressure- chasing 192 was always going to be a handful for Pakistan. The fact that we got so close to our goal is a testament to the innings played by Hafeez. He carted the Indian attack all around the park with three hits over the boundary to score his second consecutive fifty of the series.

But as Navjot Singh Sidhu famously says when commentating,

“If ‘ifs and buts were pots and pans, there would be no tinkers!”

The fact of the matter is that Yuvi played a remarkable innings that simply put the finish line too far for us to reach. He even produced a wicket when asked to bowl by his skipper. Yesterday was his day and he almost single-handedly demolished Pakistan.

If the crackerjack of the matches that we have seen in the short T20 series so far are any indication, the ODI series is going to be a lively one.

I, for one, cannot wait for it to begin.