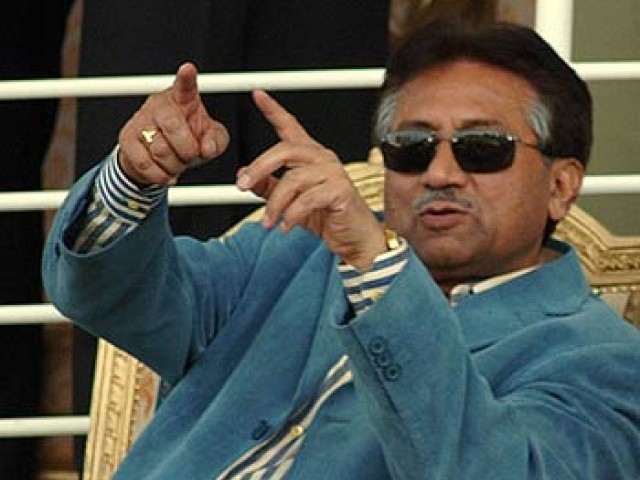 Former President Musharraf announced his intention to run for parliament or become President once again come election time, 2013. Rumours and reports suggest that his new party will be launched on the October 1,2010, after which his party will actively promote Musharraf as the nation’s saviour.

Alliances are being formed, deals brokered and supporters invigorated. Democracy in action?

Given the prospect of a new political force entering the country; it’s quite disheartening to read the near, unanimous denouncement of Musharraf’s return to Pakistan, or to politics, or both. Critics have argued that there is no room in politics for Musharraf anymore.

Our current political elite claim to be the bastions of democracy. They claim that they are the vanguards in the struggle against “non-democratic” forces. They count the days that they have spent in jail. Why are the same people today suggesting that the former President stay out of the country and out of politics? They should be celebrating the entrance of a new political actor! Proof that democracy under their watch is flourishing.

Musharraf should return. It’s not only his right; it’s also an opportunity for voters to have an alternative at the ballot box come 2013 (or earlier).

While Musharraf has a constitutional right to return, he also has a legal and moral responsibility towards the nation as a political actor. As the leader of a newly formed political party I am sure he would not want to be treated in any way less than other political leaders?

The same constitutional rights, which guarantee his right to return and participate in politics, also require him, to face charges filled against him in various courts. He also has a responsibility to answer many of the questions that I am sure we have all waited a long time to hear.

For one, what “deal” did we have with the US post 9/11? How active was the US military on Pakistani soil? Were Pakistani citizens illegally removed from the country and handed over to foreign authorities? What of the missing persons? What was the role of the ISI in politics during your years in power? What was the deal with Benazir Bhutto? Are you prepared to face criminal charges for subverting the constitution not once but twice? Who is responsible for Akbar Bugti’s death? How are the foreign guarantors who insured your dignified exit from the Presidency?  The list goes on.

The former President’s return will hopefully offer inspiration and hope to his supporters, and some long overdue answers to his detractors.

There is very little if anything that I would agree with the former President. However, in the best interest of encouraging democracy, not the kleptocracy that is prevalent at present, critics and supporters should welcome his return.

“I disapprove of what you say, but I will defend to the death your right to say it.”