What does delimitation mean for Karachi? 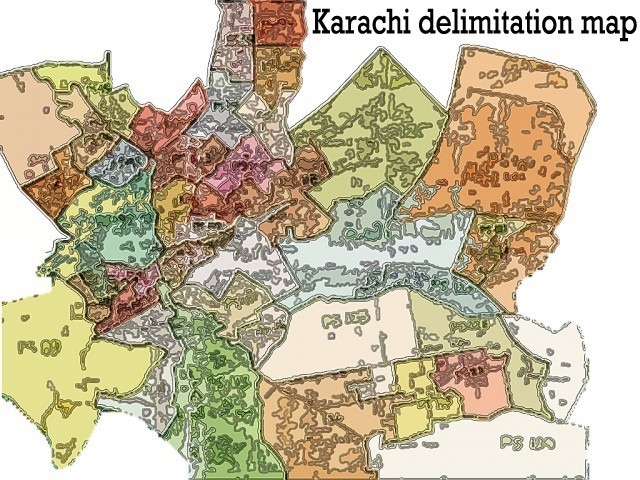 It is time to say “no” to politics of violence in Karachi, as we can no longer afford to promise a future of fear to our coming generations. PHOTO: FILE

The bullet is something every Karachi resident is well acquainted with. But the ballot is something which one-third of the population is unaware of. With unrelenting stories of violence emanating every hour and the terror which has engulfed the entire rainbow of ethnicities, what do the coming general elections promise to the people is a fact unknown to anyone as yet.

The Election Commission of Pakistan (ECP)’s decision to carry out a delimitation exercise, aimed at effectuating a systematic division of voters on linguistic basis in Karachi, may thwart several predictions regarding the post-election scenario.

For the first time, at least 10 political parties have floated proposals for much-needed delimitation of Karachi, all of which are being examined by the ECP to ensure an effective modus operandi in this regard. However, it must be remembered that Karachi, as a city, is one of its kind.

Ranked as the 20th biggest metropolitan city of the world, Karachi generates 54.2% of the country’s revenue. But when it comes to violence prone cities, Karachi also ranks prominent among the most volatile cities of the world.

Despite the violence which plagues the city, people have not yet become immune to sounds of ear splitting gun shots and ambulances rushing the victims to hospitals.

Despite the Supreme Court’s suo motu action on the worsening law and order situation in the city, target killers remain ready to unload volleys of bullets. Newspapers are replete with stories about bodies placed in gunny sacks and dumped on obscure road corners of the city.

Authorities miserably fail to calm the shattering nerves of the city. We have seen buildings gutted, erupting into showers of cement, bricks and dust; people outracing the clutches of death. These were the scenes witnessed when two buildings in Karachi became the center of focus- two separate incidents- two separate tragedies; the garment factory fire, and the State Life building suicide.

With electoral reforms, the Election Commission seems committed to breaking the incessant code of conduct for polls, there are mixed feelings about whether the mechanism devised to revive the vitality of the city will be implemented in true letter and spirit.

There are also fears of another wave of violence which this delimitation exercise may trigger as Karachi is a city deeply mired in ethnic and sectarian politics.

It is time to say “no” to politics of violence in Karachi, as we can no longer afford to promise a future of fear to our coming generations.

Is Bilawal's message what Benazir envisioned for the PPP?