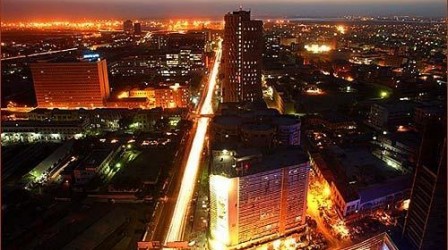 It's time to roll up your sleeves and start owning your city for the sake of Pakistan.

The term “target killing,” now used as synonym for Karachi, crops up after every two to three months here. The killers certainly have an agenda have lists of people to hit, so as to provoke a reaction from various religious sects, ethnic backgrounds, and social groups. As soon as a precious life is lost, there come, as a backup of the assassins, statements from the media and political or religious quarters that marginalize the efficiency of stake holders of this city of 18 million. Such news reports spread like wild fire all around the city as well as globally, with selective distorted information. This has become our standard operating procedures after every killing.

From all around the country, almost every day we learn about targeted killings of law enforcement officials, slave farmers, domestic workers, Karo Kari, acid spraying incidents, attacks on members of religious minorities, and regular cases of honor killing. But these are not labeled as ‘target killings’ because they didn’t take place in Karachi.

We know, since the beginning of 2010 and from previous years that Karachi has faced the worst experience of the phenomenon of “target killing.” Until now, no one knows who is behind these incidents and what the real agenda is.

The culprits hardly every get caught, because they are either under the protection of “agencies” as we call them, or an invisible foreign hand has something to do with it.

In spite of numerous attempts, when the instigation of an ethnic civil war didn’t materialize, because of the maturity shown by major political parties in Karachi, the agenda shifted to killing based on religious backgrounds. One from either side is assassinated in cold blood, on his way to or back from his profession, and he is either found to be associated with a religious organization or was affiliated with it in the past.

Like any other mega city of the world, Karachi faces the certain challenges and has a fair share of the criminal activities in comparison to the rest of the cities of Pakistan. A city that welcomes millions from every corner of the country is unlike any other example in the region. A revenue generating engine for the nation that involves all its people, is what this city does best. There is great talk about co-existence and it is practically applied.

Law enforcement agencies are paid to be responsible for maintaining peace in the city, and their level of performance shows when they blame political parties or influential harboring criminals ranging from regular petty crimes for target killings.

Even in most developed countries, snatchings of cars, mobiles, purses, ATM cards, money, and other robberies are common. Everyone doesn’t get caught there either and that is why the business of insurance is always booming there. However, a killer is hardly able to roam free and is mostly brought to justice within months. Sadly, this does not happen here!

Here in Karachi your next door neighbor is usually not from the same city you have always lived all your life, nonetheless we live in harmony and with respect. A Karachiite does not mind when their dead are buried in their villages or cities “back home.” The graveyards in the city are only for the stake holders of the metropolis, and frankly only being used by them. I fail to understand why a stakeholder of the city would burn down his own home? That is if that is the case.

Killing targets in Karachi and prompting a severe reaction of the various communities is the easiest and the only way to bring this city to a halt for an extensive economic damage to Pakistan. The day each one of us understands this and stands united against these criminals without believing in conspiracy theories initiated by the same criminals, will be when these killings would stop. We have to clear our minds of self-perceived hatred helped by propaganda machines of particular political parties every time there is a killing. It is then that the blame game starts, which forces us to forget about the killer and the killed.

It’s time to roll up your sleeves and start owning your city for the sake of Pakistan. All of us have the same enemy!