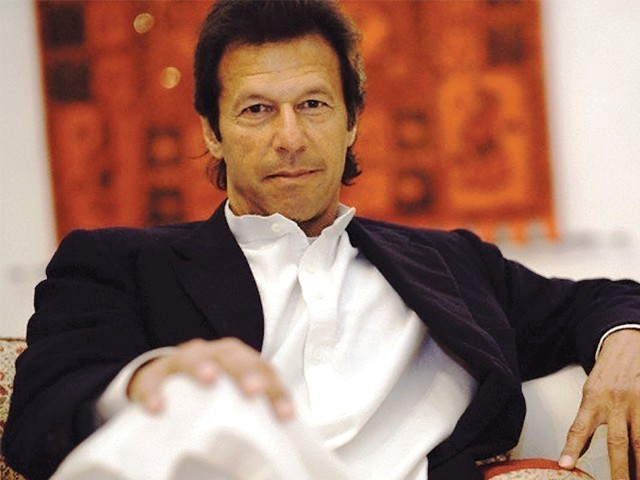 Before weighing the plausibility of the argument, many were quick to jump the bandwagon of unqualified criticism simply because it was Khan who said so. PHOTO: AFP

Imran Khan recently kicked up yet another melee in Pakistan’s media when he declared that he would have women contest in elections rather than enter the National Assembly (NA) on reserved seats.

Before weighing the plausibility of the argument, many were quick to jump the bandwagon of unqualified criticism simply because it was Khan who said so.

For the uninformed, women in Pakistan’s National Assembly currently have 60 reserved seats.

How exactly are these seats filled in?

Well, since the seats are allocated to each political party based on their proportion in the legislature, the said political parties have the sole authority to figure out who will fill these seats.

The result is simply that the wives, daughters, sisters and relatives of the bigwigs of each political party smugly position themselves on these seats, clamouring out about women rights yet being utterly incompetent to launch the least effort to that end. Seats are allocated purely on political connections with nary a thought spared to any merit or qualification.

There are plenty who dished out criticism to Khan’s proposition by stating that letting women contest elections is nearly impossible in a conservative country like Pakistan. The argument is quite valid and yet it is utterly inadequate to reach the conclusion that the reserved seats shouldn’t be tampered with.

In my view, yes women contesting elections still seems a remote possibility. However, things are on their way to change with the Election Commission of Pakistan (ECP) pushing for a greater number of party tickets given to woman candidates. Meanwhile, what we can do is to ensure that at least the women who find their way to the National Assembly on reserved seats merit some minimum qualification.

Just like I would never vote for Hamza Shahbaz being Shahbaz Sharif‘s son, I wouldn’t want a woman to represent Pakistani women simply because she is the wife of an eminent politician.

Is that principally wrong?

Is that too much to ask or somehow impossible?

So why the mindless ruckus then?

Rather than expending their energies in rabidly attempting to defend the reserved seats, I would suggest that the women rights activists can do a far better job if they tried to coordinate with the authorities and somehow devise some kind of minimum qualifications for the women who get to be appointed on the reserved seats.

A proven record of working for women, some political insight into policy-making for the said gender – anything tangible that may make sense for a person who gets to be on one of those reserved seats.

And I really don’t think that is too much to ask for.