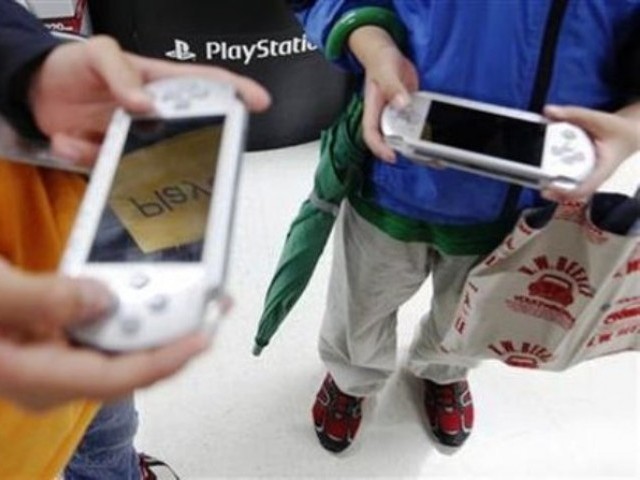 Children today are resigned to sofas playing ‘games’ on their play stations and laptops. PHOTO: REUTERS

The nagging drawbacks of generation gap become clear when one observes activities of today’s children. I feel that today’s fast-paced living has deprived children of the real joys of childhood. Spending all their time indoors, children now remain hooked to the internet on hi-tech gadgets and barely ever see the light of the day.

A stark contrast with my generation’s childhood: we pulled pranks at school and spent time interacting face-to-face with several of our friends. Our little pleasures were about pulling faces at the teacher while she turned around, and making the class laugh. Our childhood was about running carelessly on the safe and friendly streets, buying ice cream and other goodies from street vendors.

And how can one forget the ever-favourite prank played on neighbours? Of ringing their doorbells, disappearing, and enjoying their bemused expressions?

These innocent feats made our day.

They defined us as children.

I remember how I used to pine to go outside the house to play pakran pakrai, oonch neech and baraf paani. These games helped children make friends, and also kept them healthy. Ah, those were the days!

On the contrary, children today are resigned to sofas playing ‘games’ on their play stations and laptops. Amazingly enough, they are also content with this lifestyle.

It’s not that we never desired new things. Of course, interests changed with every passing day and we dreamt of remote control cars, club houses and ‘oh-so-amazing’ cartoon figures. But life had limits back then.

Little mischief seemed so exhilarating because we had so many restrictions. Little desires, when fulfilled, were a cause of endless joy. Quite unlike today’s children who are barely ever happy or satisfied.

While we would hesitantly ask our parents to buy us a push-button pencil case with concealed compartments, children today desire iPads and expensive electronic gadgets like Xboxes and mobile phones. I sometimes feel that my times were old-fashioned. But despite that, I feel my generation was luckier. We enjoyed both tradition and progressiveness. While we played Sega games, we also held cricket matches on streets.

But children today haven’t had a taste of true childhood.