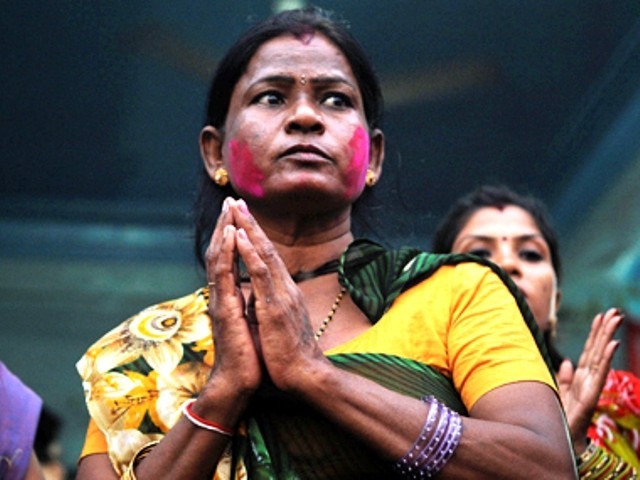 It can’t be denied that injustice and discrimination against religious minorities exists. The problem, however, does not persist because of difference of faith. PHOTO: REUTERS

The past has contradicted the present.

In his famous speech of 1947, Quaid-e-Azam Muhammad Ali Jinnah said,

The excerpt bears witness that Pakistan was destined to be a land where religious identities are subsumed into the fabric of unity, let alone one where religious minorities are discriminated against.

“All citizens are equal before law and are entitled to equal protection of law”, is what the country’s constitution reads.

Today, a non-Muslim cannot be president, prime minister or speaker of the National Assembly. He or she is not hired for government jobs, except in the lowest cadres, and policies prescribed for the welfare of minorities are not given due attention.

Furthermore, the quota reserved for non-Muslims in Civil Superior Services has been almost vacant for the past two years. Despite the constitution’s dictates of equality, the number of non-Muslims in higher post services has decreased significantly over the last few years owing to religious radicalisation which defined domestic governance for whole decades.

It can’t be denied that injustice and discrimination against religious minorities exists. The problem, however, does not persist because of difference of faith.

Instead, the problem lies in our social structure, defined by the burgeoning menace of intolerance. No external policies or glorifying speeches will be effective until lessons of hatred are unlearnt.

A thorough change of a mindset is what this country needs. Adjustments must be made in school curriculums so that our children don’t fall prey to provocative content. Syllabus content which teaches hatred against the ‘other’ must be purged on an urgent basis.

Also, special subject matter needs to be designed to inform students about different religious and ethnic minorities, so that they evolve into individuals who are tolerant and compromising of difference.

There will be no quick fixes. The recovery process will require patience and determination. But we must be on our toes constantly.

The choice is ours to make