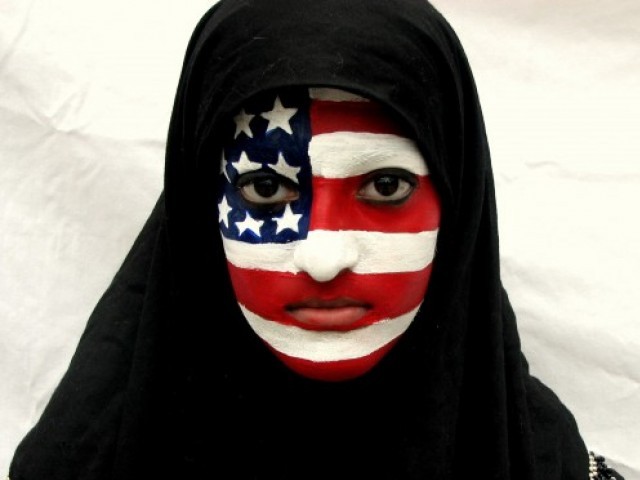 Today is the ninth anniversary of the Al Qaeda-sponsored attacks on New York’s World Trade Center and the U.S. Pentagon. The physical targets were emblematic references, chosen for their relevance to America’s core identity. We think of ourselves as an economic and military superpower, and to many Americans, the audacity and the sheer actuality of these attacks was inconceivable. But in the decade since, American identity has become confounded. This is particularly true for those of us who didn’t witness the Great Depression and the country’s subsequent recovery and were too young to have had our patriotism shaken by Vietnam and covert Cold War scandals.

I grew up in the 1990’s. The dollar was strong, every adult I knew had a job, technology boomed and America’s military engagements were largely successful. But post 9/11 America—thus far, all of my adult life—seems bleak. We’re a broke and battle-weary nation with stubbornly high unemployment, Congressional stalemates, malfunctioning social programs and a distrustful and recession-laden constituency. We hastily invaded Iraq and Afghanistan, a cause that now seems hopeless, even as we gulp guilt to think so and secretly wonder when, how and if we’ll leave.

We’ve become fearful of the principles our country was founded upon—freedom of religion, freedom of speech and assembly, freedom to bear arms and an open-shore policy for immigrants. Despite the counter of both President Obama and former President Bush, September 11, 2001 indiscriminately made terrorism synonymous with Islam for many Americans, and as we approach this benchmark, the media is obsessed with our nation’s paranoia.

A new Islamic university in California has warranted mixed press, despite the fact that Zaytuna College is preceded by the Islamic University of Minnesota, founded in 2007, and the controversial Islamic American University, founded in 1992. None of these schools are accredited, which means undergraduate degrees don’t count towards graduate programs at other American universities. But small, religious-affiliated colleges are often unaccredited. Under our constitution, the right to a faith-based education is protected for all, and many non-Muslims would fight to preserve Islamic education in America. Still, the limited degree programs at these institutions—students can choose between Arabic language, Sharia law and Islamic education—make it difficult to consider them from the same perspective as other religious universities, which include academic beacons such as Brigham Young, Notre Dame and Brandeis.

And finally, the biggest circus of all—will he or won’t he? Terry Jones, the pastor of Dove World Outreach Center, a non-denominational church in Gainesville, Florida has see-sawed on plans to mark September 11 by burning 200 copies of the Holy Quran on his church lawn. The prospect was met with protests and disgust from Americans of all faiths.

Compounding tensions, 2010’s Eid, a holiday of generosity, purity and feasting, coincides with America’s unhappy anniversary. Even before Jones’ announcement, many Muslim-Americans were sensitive to this unfortunate timing, canceling carnivals—the Islamic Cultural Center of Fresno—and otherwise restraining celebrations. So where does this leave America, a nation birthed from the blending of cultures and the promise of religious tolerance? I’m not sure, but I know where it leaves me. I’m currently living in a backwoods agri-college town in Mississippi, historically one of the most intolerant states in the Union.

Growing up I didn’t know any Muslims, Hindus or Buddhists, and I knew a single Jew—my parent’s accountant. But now I find myself in Starkville, which is smaller and more insular even than any place I’ve ever lived. And ironically, it’s here that I fasted for Ramadan and attended my first Ramadan dinner with new Muslim friends. I met these friends at university-sponsored events, because long before the floods focused Pakistan in the world’s microscope, the unlikely Mississippi State University planned a two-month presentation on Pakistani culture and history.

With my travels to Pakistan indefinitely delayed, these panels, movies and even an art show, serve as education and encouragement. Each conversation with my friend Shaz, each detail about her time in civil service in Lahore, each sight-seeing or restaurant recommendation from a student who calls Pakistan home, reinforces my decision to place myself in a foreign and somewhat unstable country, a place where I will have to modify my behavior and even my appearance. Each encounter with a living person familiar with the beauty and mysteries of your Islamic nation contradicts the media’s toxic polarity. It doesn’t have to be them versus us, Muslim versus non. I have too much else to obsess over right now—there’s no space for paranoia in me.