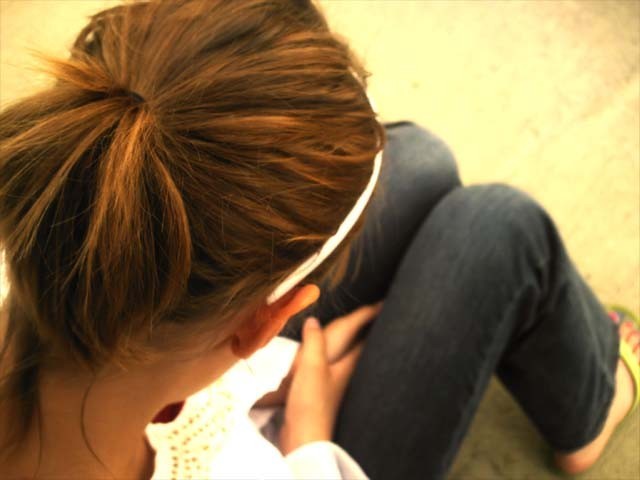 My parents think I repress my feelings .

They say that I need to be more assertive and understand that my feelings count.

If they knew the degree to which my brain has gone haywire, they would probably search for the nearest asylum to chuck me into.

They say that I have not been honest with them, so I should either start talking or be prepared for weekly sessions with a shrink.

All I did was hide my monthly report card which showed my poor academic performance and questioned my intelligence quotient. It isn’t the most uncommon thing to do, but when your parents have psychoanalysts as friends, even eating two slices of bread with more butter than usual raises questions.

I told them that not a day goes by when I don’t regret what I did. I honestly feel guilty because what I did was wrong, but sending me off to a shrink is a wee bit absurd.

This aggravated the situation to my utter dismay. They said I had mouthed off to them and now I was definitely going to my dad’s rich psychoanalyst friend, uncle Saeed’s clinic.

I gave in. The poor dearies were probably going through some mid-life crisis. I would have to go more for them than myself.

With the dawn of a new day, I was taken to his fancy office.

After exchanging greetings and talking a little with Mr Saeed, my dad shook hands with him and left me with the balding man.

“Um, I’m good, uncle.” I replied, as he stood there nodding, as if agreeing with me.

I took a seat –  the one as far from his as possible.

“Your parents are quite concerned about your well-being. They say you lie a lot,” he said, brandishing a pen and notepad to write the revelations of my lying soul.

“I don’t.” I replied rather quickly.

“Are you lying now?” he asked, chuckling.

Well, I was, but what else was I supposed to say?

“Fine, fine, there’s nothing to worry about,” he said as he stroked his beard like a wise man. “Give me a brief run down about yourself.”

I wasn’t expecting that question. He had watched me grow up before his beady eyes.

“I prey on neighbours and frighten their children. I think pink should be yellow and yellow should be pink. I think metal music is calming. I would probably show cowardice in face of nuclear Armageddon. I kick kittens and make rude gestures at mullahs. I think Sahir Lodhi is the hottest thing since the microwave.”

His eyes stayed on my face while I ranted.

Great, it looked like my shrink needed a shrink.

Suddenly feeling abashed by my outburst, I shook my head.

The evil man had activated my salivary glands.

“All right, now tell me about the things that intimidate you, and why you fear them.”

“I fear dying alone and living a totally solitary, unloved life. That’s probably because I have the sex appeal of a penguin. I fear going blind because then I won’t be able to read and the biggest fear I have these days, is, that my teeth might turn to liquid and drip down the back of my throat. This scares me because what if I choke and keep choking? No one will be able to hear my cries as they’ll take it for gurgling, and at the end, I’ll die. And I don’t want to die yet!”

The wise one wrote it all down, then looked up at me and said.

“Interesting. What to do you want from life?”

“Your head on a pike,” I muttered under my breath.

“This is ridiculous and I want it to stop, please. My sanity is intact and I promise to work on my grades, okay? The real patients are my parents. They went overboard with this!” I finished.

“I know. I only did this to get your father off my back.”

No way! Did he really say that? I could have kissed him right there if it weren’t socially, morally or religiously unacceptable.

“You are,” he replied softly.

“Now let’s drop you at your house and I’ll have a talk with your father. But, let’s eat first. Pizza, isn’t it? I saw your ears perk up like a cute puppy’s when I mentioned it,” he said.

I like that he thought I was normal. I guess that’s what most people need to be normal – a little bit of reassurance.

An FSc student, being forced to become a doctor. She tweets @pforpariah