For those who haven’t donated… 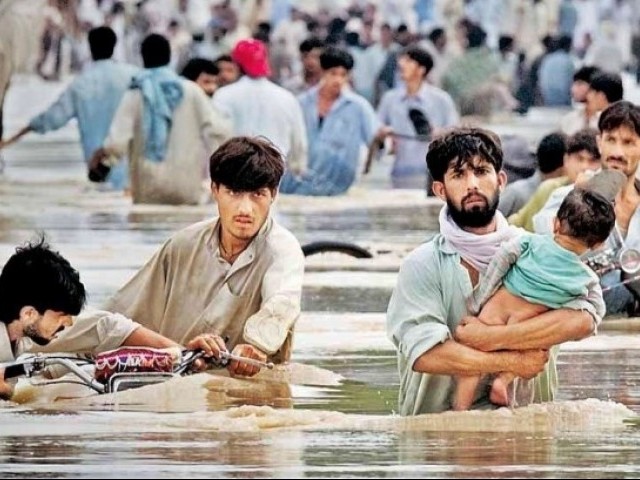 Flood victims rely on donations for their first and second stages of rehabilitation.

I was endlessly going on about how fundraising for the flood survivors has developed into some kind of a competition among various organisations, all indefatigably striving to outdo each other, when my wife suddenly interrupted.

“What are you doing to help them?” she said. “Nothing that I know of.”

A pause followed. After struggling to find some face-saving answer, I naively replied, “Don’t know yet.”

“Donate through an NGO, perhaps?” she suggested.

“Then what else will you do?”

Good question. I wanted to help, make a difference… but how? Perhaps the events that followed the earthquake in the country’s north in 2005 were the reason for my doubts. Like many others, my family and I had also tried to help out by making donations.

But when reports started pouring in about large portions of relief items being gobbled up by opportunists, it proved to be somewhat of an anti-climax. However, what happened back then is certainly no excuse for turning our back on the people who are in desperate need of help right now. Who is to be trusted then?

Thinking harder, I explored other options.

Just as that thought crossed my mind, nostalgia kicked in. I saw the 11-year-old me, obsessed with winning one of Imran’s Tiger badges. It was a fundraising campaign for Shaukat Khanum Memorial Cancer Hospital. Any kid who collected donations up to a certain amount was entitled to a badge. I proudly wore my badge for some time, before it ended up in some drawer.

As I came out of that moment of reminiscence, my perseverance at the age of 11 surprised me. Now as a married adult, matters seem so much more complicated.

However, I concluded that the best solution to the ‘donation conundrum’ was to go the extra mile and gather information about the organisations that are engaging in relief work and figure out the best option.

After all, many of us spend an eternity searching for trousers to match the colour of the stripes on a shirt. Then why not spare some hours for those millions who have lost everything except the hope that someone might offer them a helping hand.

The writer is a News Editor at The Express Tribune. He tweets @bilalfqi (twitter.com/bilalfqi).

The Maulana and his army