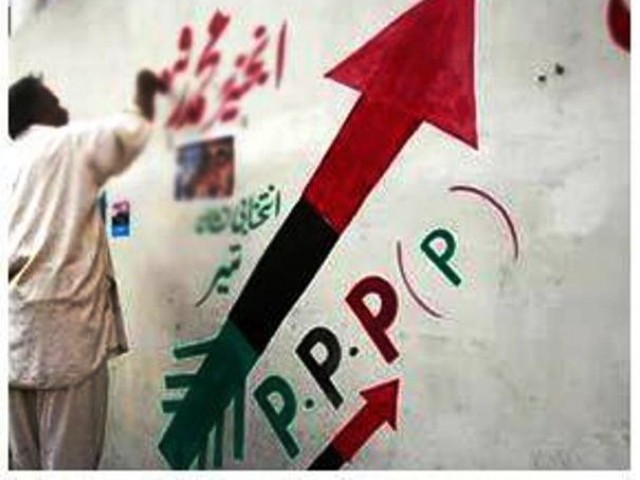 PPP is the one party that was not based on religious claptrap or stifling ideological premises. Yet, it has failed to deliver what many had hoped it would. PHOTO: REUTERS

Most of the time when I read op-eds about the Pakistan Peoples Party (PPP) in the English dailies, they’re almost bilious – especially if they’re meant to eulogise the party.

Normally this is how the course of such articles go:

High words fly, lofty ideals are cited, arbitrary versions of historic incidents are recounted with more than a tinge of bias, grand titles and appellations are quietly slipped into what is pitched as a balanced opinion piece and the masses are told, yet again, that in the PPP is embodied the ultimate saviour of this nation.

I have often read such pieces and tolerated them, hoping year after year that the party that is so revered by the liberals of this country may perhaps someday live up to those expectations. But the last five years have been an abysmal disappointment, even when I know well the adage about history repeating itself.

Let’s, for once, be honest.

The PPP is not a liberal party.

It has never been a liberal party.

It is a political party that is as opportunist as PML-N, ANP, MQM, PTI or JI.

From Zulfiqar Bhutto’s decision to render Ahmadis infidels to PPP’s cowardly silence over Salman Taseer’s murder, I utterly fail to see how this party is any different from others who play to the gallery and use populist rhetoric to score points.

The PPP has proved liberal at times, yes, but only when it was most convenient. The same goes for all other political parties. I simply fail to see how one is any better than the other.

The liberal coterie has long lambasted the PML-N for its electoral alliance with extremist organisations such as the banned Sipah-e-Sahaba Pakistan in the guise of Ahle Sunnat Wal Jamaat. However, I don’t hear any caustic words from the jiyalas-in-guise over the PPP’s decision to form an electoral alliance with the Sunni Ittehad Council (SIC). Let me remind those with poor memory retention powers that SIC is the same party which openly hailed and eulogised Salman Taseer’s murderer, Mumtaz Qadri, and campaigned for him all over the country.

What is even worse is that the fiercest apologies for the PPP emanate from those who profess in being rationalists and unbiased analysts. Time after time, they would defend the feudal culture that breeds in the very lap of the PPP; the dynastic politics that is the hallmark of the party and the other follies that are silently glossed over with what can best be termed as intellectual dishonesty.

They would tell you how the PPP has passed a bill in the assembly which will finally bring deliverance to such women who are victims of domestic abuse – yet they wouldn’t tell you how the bill has zero practical value due to an utter lack of implementation and serves merely to earn the PPP precious political points.

They would tell you how the PPP is committed to the elimination of all kinds of religious extremists – yet won’t say as to why the party would take the likes of Maulana Fazlur Rehman under its fold every now and then.

Recently, many of these ‘intellectuals’ have taken to defending the up and coming ‘heir’ to the party’s ‘throne’ – Bilawal Bhutto Zardari.

I have nothing against Bilawal – he may be a bright, young man for all I know. But what I do know for certain is the fact that to this day, he hasn’t played any political role in Pakistan, has spent little time in his homeland, and feels a lot more comfortable speaking English than Urdu.

The primary, and sole, merit for a politician is the work he has done, or not done, for the people – not the family he hails from.

How does one pre-qualify Bilawal as a great politician when he doesn’t have a day’s worth of actual political experience?

If he contests the elections, enters practical politics, bags some worthy achievements, I’d be more than happy to vote a youthful leader. But until he has done that, I fail to see how one can extol him without being dishonest.

I have no grudges against the PPP except that it is the one party that was not based on religious claptrap or stifling ideological premises. Yet, it has failed to deliver what many had hoped it would. In doing so, it has stooped to the prevalent mediocrity of the political arena.