They call her Berlin 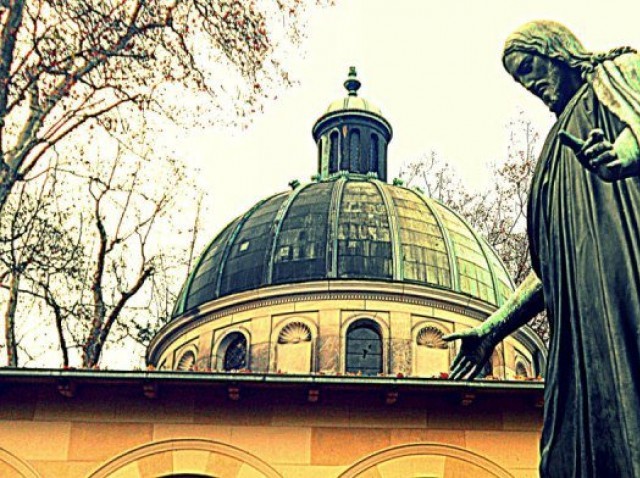 There's music in her every step, every move - and she's completely unaware of it. PHOTO: SABA KHALID

Berlin is like that friend, who as soon as you meet, shares her deepest, darkest secrets without any shame. She’s been betrayed more harshly than Jesus, has seen more blood than a haematologist and has had her fair share of wars waged on her soil.

Anyone in her position would just clam up and hide their scars; not wear them on their sleeves all the time.

Yet, Berlin showcases her biggest mistakes for the entire world.

Just when you think that a broken person like her has probably forgotten how to really live – she takes you to a party so wild and acts like such a looney bin – you’ll end up wondering if she was ever hurt in the first place.

She’s not the most popular girl on the block – yet every expat or tourist who accidentally runs into her, falls head over heels for her.

She loves her lovers but doesn’t really belong to anyone.

She has reasons to be aloof; she’s trusted the wrong men all her life. Maybe that’s why she’s with a woman now.

She lets in only the best musicians, artists and writers and then gives them all the liberty and space they need.

She may not have the best body, but she’s got the most magnificent art painted all over it.

She’s not one to put on trends or designer labels.

Instead, she saves all her money.

Even though she may not be a big risk taker with her finances, her various fetishes are downright scary at times.

There’s music in her every step, every move – and she’s completely unaware of it.

And just when you think you’ve figured her all out, she walks away from you.