The day my husband was kidnapped 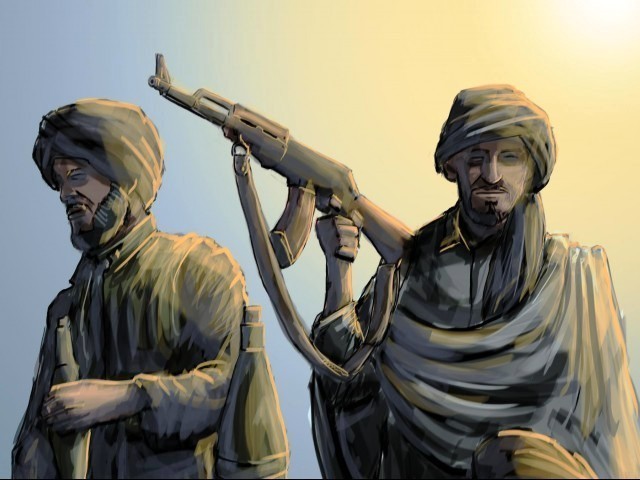 The CPLC informed us that the kidnappers had been noticing Hasan for a couple of weeks. ILLUSTRATION: JAMAL KHURSHID

It was like any other Friday night. My husband and I were contemplating dinner plans. Before we went out, Hasan decided to run a few errands, while I took my time getting ready before our date.

Half an hour went by and I decided to call him,

“I’m with my friends, I’ll talk to you later” and hung up.

I called back instantly and screamed,

“Excuse me if you forgot, but we had dinner plans 20 minutes ago”, to which he replied

He hung up, yet again.

I kept asking myself why he would say that because his mother was on vacation in the UK. In that moment, I called back and asked,

“Have you been kidnapped?”

“Call the doctor Laila, mom is not well!”

He was actually trying to say, call the police. Somehow I just knew. I called my family and we went out looking for him. Meanwhile, the CPLC was alerted, who quickly reverted with the news that the car tracker had been disarmed.

Within a span of 30 minutes, I was surrounded by members of the CPLC and my family. They wanted me to speak to the kidnappers and negotiate the ransom amount. I was an emotional wreck.

My father was away in China and I didn’t know what to do. I called him up screaming in panic,

“Get on a plane! Get back right now! Hasan’s gone, and where are you when I need you?”

After my distressed call, my father alerted his contacts and got back on a flight back to Karachi.

Four hours passed and still no sign of Hasan.

Suddenly, all this time later, my phone rang with a random number flashing on the screen. I answered and it was Hasan. He used a rickshaw driver’s phone to tell me that he was on his way home. I ran downstairs to give everyone the news and collapsed into my aunt’s arms afterwards.

She held me tight and said,

He arrived, baffled and wrecked at what had just happened.

Hasan told us that he had been picked up at the Khayaban-e-Shahbaz signal on his way home. When I realised that Shahbaz is not even five minutes away from where we live, I knew I was no longer safe in the country I loved, the place I called home.

The CPLC informed that the kidnappers had been noticing Hasan for a couple of weeks. This was because he was driving a silver Corolla Altis, which was selling for a high price at the border.

Hasan recalled that he had been using his phone, when he noticed these men on a bike staring at him. But because he was stuck in between cars at a traffic signal, there was no way he could have escaped.

The next thing he knew, these men were at his window with their guns, pointing towards his head and screaming at him to open the door. Hasan opened the door reluctantly and they welcomed themselves into the car- slapping him and telling him to move to the back seat.

I remember him telling me that these men looked like regular domestic workers. He even heard one of the men answering his phone and saying,

As Hasan went on this roller coaster ride with these men who he described as disgusting, stinky and dirty; he began to make up a story. He told them he was his mother’s only son and he had to buy his mother medicine, which explained the Rs10,000 in his pocket.

The kidnappers ordered him to answer his phone so that no one would be alarmed about his whereabouts, which is why he kept answering my calls and telling me to call the doctor.

They took out his wallet which had a few pictures of me and a Boots pharmacy card. Evidently, they could not read or write English, so he told them that the Boots pharmacy card was for his mother’s free medicine. He told them the pictures were of his sister who was calling. Luckily, his story worked as when I was frantically calling on his phone, my picture appeared. They handed the pictures back saying,

His eyes were covered during the entire episode. The men must have been trying to figure out who he was, which is probably why they didn’t just take the car and leave.

They drove all the way to Landhi and asked him if his car had a tracker, to which he replied

They soon found and disabled the car tracker and threw it in some bushes, of course this caused the car battery to stop.

They approached a poor taxi driver and took the car to a place called Bhens colony. They took Hasan out of the car, took the cloth of his eyes, and said

“Jao, yeh lo 200 rupay rickshaw lay le, pechay dekha toh goli lagay gi.” (Go; take this Rs200 for the rickshaw, if you look back you will be shot.)

Hasan got into the first rickshaw he saw and asked the driver where he was, afraid he would probably get killed in the place he was in now. The rickshaw driver asked him

He started up his tiny richshaw in a fervor and said

The car was found before Hasan came home, the CPLC had alerted everyone and my father’s contacts probably helped a little too. The men had parked the car somewhere and disappeared.

Hasan was called in to identify the men he had seen the next day, but he never went, thanking his stars that it was over.

We spent the next month telling the same story over and over again, people were amazed at my ability to catch onto the fact that something was wrong; probably a wife’s intuition, I’m not sure how I caught on, but I am glad I did.

As a citizen of this country, it is regretful to know that our government won’t take any steps to ensure that we are safe from such incidents, let alone violence, terrorism and poverty.

It is my hope and the hope of every good Pakistani citizen that the law and order situation in every city of Pakistan improves before families are broken and lives destroyed.

How I learnt 'I can't speak Urdu' is not cool

Banana bread just like my mother used to make it