Return of the Luddites: The hullabaloo over Ishq-e-Mamnu 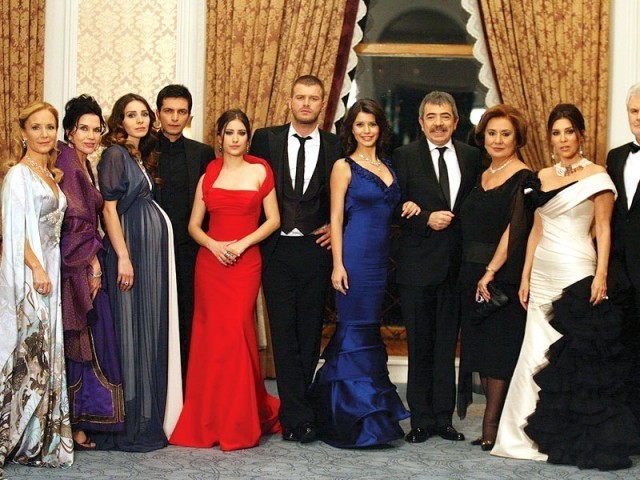 Until we wait for the next big thing on local TV, it is time for us Pakistanis to enjoy the onscreen cheating, flirtatious glances over the dinner table and loosely incestuous forbidden love with a Turkish touch every night at nine. PHOTO: www.facebook.com/IshqEMamnoon

When a less-than-average foreign TV show dubbed in Urdu on a relatively new and unknown channel sparks an Ottoman invasion on our screens, it is evident that there is something seriously wrong with incumbent TV productions.

It is an established fact that Pakistanis love foreign, especially Indian content. However, it is the biggest mystery as to why anyone was not able to profit from it. Since the early 90s people in Pakistan have been watching ZTV and other Indian channels yet it took more than two decades for someone to take the initiative to monetise this.

Enter, Urdu1 which hedged its bets and launched with Pakistani and Indian shows. In addition to the regular dog and pony shows, it also ventured into dubbed programming.

For the uninitiated, across the world dubbed programming is a common feature of primetime. From London to Brussels, Madrid to Casablanca, Riyadh to Sharjah and everywhere in between, CSI, X Factor USA, Modern Family, Family Guy, Ishq e Mamnu and Gumus dubbed in local languages or with local subtitles either share screen with local programming or are increasingly the only option.

It is not the first time that a Turkish soap has been popular beyond Turkey.

Gumus, dubbed as Noor, run by Saudi-owned, Dubai-based pan-Arab MBC drew in 85 million viewers for its final episode including more than half the number of adult women in the entire Arab world. Commentators present various reasons for its success including for the first time use of colloquial Arabic for dubbing, ground-breaking concepts like equality for women, pre-marital affairs etcetera.

Urdu1 took the cue from our Saudi brethren and used the racier soap Ask-i Memnu for its initial launch. It was indeed a risky bet, as for the first time someone took the huge step of dubbing 150plus-40minute- episodes.

Further, there would be dilemma to edit steamy sequences so that they are fit-for-general-viewing while retaining its sensual charm. And there was a very probable chance that pious Pakistanis would not be able to relate with the binge-drinking Turks.

But relate they did.

Surprisingly Pakistanis loved the Urdu-speaking ladies of the Bosphorus with plunging necklines and rising hemlines. But not so surprisingly, it is causing a predictable out roar from the religious right and centre.

Opinion on the right is crying wolf, and like all ills, bemoaning Pakistan, is calling it a Jewish and American conspiracy to destroy Pakistani values or whatever is left of it.

Did someone not tell them that the people and locales in the show are from the land of the last self-proclaimed Caliphs?

The centre, including people in the media industry, is also crying wolf and asking for trade-protection or outright ban on dubbed programming. After being badly beaten day-in and day-out by Indian programmes in the ratings war, one is clueless as to why the local media industry is still in the ring.

To maintain their share of multi-billion rupee ad market, it makes perfect sense that local producers should up the ante and create programs with good production values. Re-inventing the same morning show concepts the umpteenth time and regressive female characters on primetime would work for some time, but clearly not all the time.

Until we wait for the next big thing on local TV, it is time for us Pakistanis to enjoy the onscreen cheating, flirtatious glances over the dinner table and loosely incestuous forbidden love with a Turkish touch every night at nine.