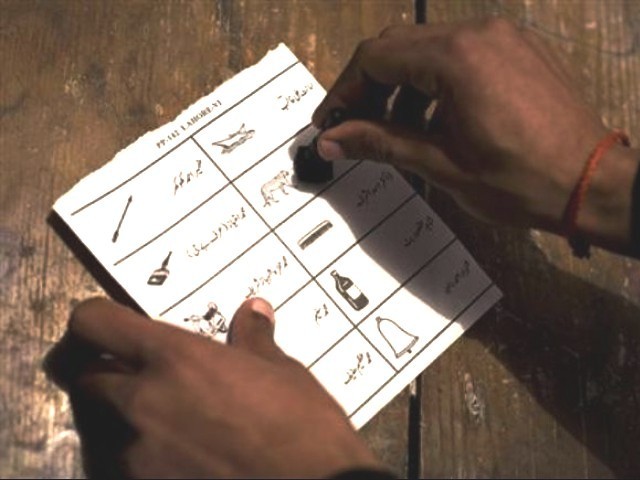 There is no doubt that the 2013 elections are going to be the most fiercely contested elections in our history. But with just 120 days to go, PML-N looks like the party to beat. PHOTO: REUTERS

By-elections are often ignored as nothing more than parties reclaiming a seat they had lost to some unfortunate incident or disqualification. In the last five years multiple by-elections have taken place and in most cases they have produced nothing exciting or out of the ordinary.

Out of the nine seats, PML-N won seven while PPP won the Sindh Assembly seat and PML-Q won a Punjab Assembly seat.

Based on yesterday’s results there are three key lessons to be learnt:

The alliance between PPP and PML-Q is backfiring

At the time this alliance took place, many observers said that this was President Zardari’s master stroke. He had managed to finally form a united opposition in Punjab that could take on PML-N potently. This notion now stands proven completely wrong. Instead, the alliance has actually hurt both the PPP and PML-Q league in Punjab.

Specifically for PPP, things have gone from bad to worse.

First their workers had to deal with an unnatural alliance with PML-Q. Then they had to deal with the ultimate heart break of having a person, who openly targeted the PPP for many years, being made PPP’s Punjab president.

Manzoor Wattoo took over the Punjab operations even though the Chaudhrys had serious reservations about him. President Zardari thought that placing Wattoo in Punjab would create hurdles for the PML-N and would keep the PML-Q in check, wrongly assuming that the PPP in Punjab was still as loyal to him as it was to his late wife, Benazir Bhutto.

Wattoo’s presence has actually hurt the PPP in Punjab where a lot of loyalists have chosen to not play along anymore. The PML-Q league is rethinking its alliance with the PPP after losing, on an average, 3,000 to 4,000 votes out of their 2008 vote bank in most constituencies. The whole point of the alliance was that joint candidates would gain votes not lose them and this is exactly what has many PML-Q members re-evaluating the pros and cons of the PPP alliance.

Although Imran Khan and his supporters keep saying that they are going to sweep the elections, it now looks highly unlikely. Nearly all opinion polls have Imran Khan losing support fast over the last ten months. Even the youth fan club is losing its members with the same intensity as they came together back in November last year.

Yesterday’s NA-162 Sahiwal by-poll was another blow, in the series of recent blows that have broken the fan club’s momentum. Rai Nawaz’s family had been associated with the PML-N for over 20 years and had never lost this seat. But after defecting to the fan club, Rai Nawaz went up against PML-N’s Zahid Iqbal and lost the seat by a margin of 10,000 votes!

That is devastating given that Rai Nawaz, at the time of his defection, was hailed as a major ‘wicket’ by PTI supporters. Add to this the defection of the Hoti family in Mardan and it’s easy to see that the PTI has had a rough week.

This is worrisome for many people who had joined the fan club and are now secretly holding talks with the PML-N and PPP to move back.

At least two senior PTI leaders who had defected from PML-N are trying to negotiate their way back but are being refused entry back into the party. Similarly, a senior leader from south Punjab is holding back channel talks with the PPP and PML-F for a possible move close to the elections.

The tsunami is not coming; neither is a hurricane or a typhoon. At best, given this current status, a light breeze might come and that too will hardly be one to stir a few leaves.

PML-N finally has the momentum

To win seven out of eight seats, that too barely 120 days away from a general election, is a major win for the PML-N.

To start with, this proves that after five years of governance in Punjab, PML-N is as popular as ever. Based on analysis of the results, PML-N gained 25,000 new votes in Gujrat, where their candidate took over 100,000 votes in the NA-107 by-election.

This matters because these were the first elections to be held on the new voter lists and the results indicate a clear strengthening of the PML-N as it has picked up two seats as a result of the by-elections.

This also disproves the theory that many analysts have that PML-N’s approach to development in Punjab is wrong.

The fact is, right now PML-N finally has the momentum going into the last 120 days before the elections. They have strengthened themselves significantly in Khyber Pakhtunkhwa and if yesterday’s results are any indication, they have Punjab locked in. The disintegration of the PPP-PML-Q alliance is only helping the PML-N while PTI falls apart due to infighting and near future defections.

There is no doubt that the 2013 elections are going to be the most fiercely contested elections in our history.

But with just 120 days to go, PML-N looks like the party to beat.