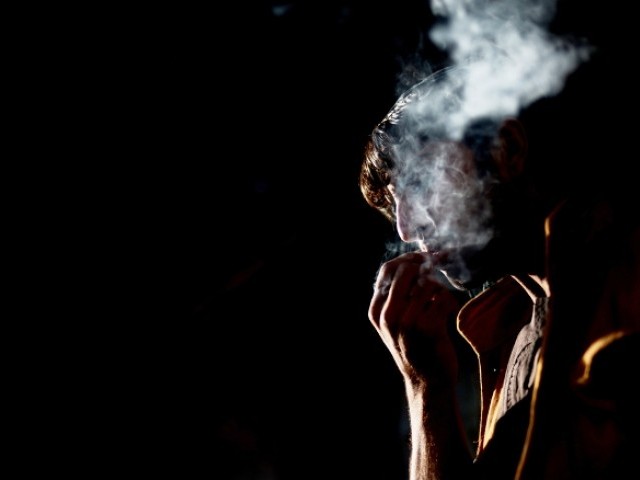 Any euphoric feeling one may get out of this drug, or any other drug for that matter, merely causes grief to others — family, friends and society. PHOTO: AFP

For decades now, Pakistan has been known to be a hub for the production and smuggling of heroin and hashish but as of recent years, more psychotropic drugs have also surfaced to challenge a nation already struggling with a handful of troubles.

With Muharram’s blast alerts, which raised immense levels of security, there was an explosion in my ‘supposedly’ safe neighbourhood of Defence in Karachi. The blast was a result of criminals and their makeshift lab for the drug crystal methamphetamine. During the investigation, it emerged that children from elite families from surrounding areas were buyers and users of the drug.

How can we, as a society, set an example for others when the clientele for such a market includes the youth of some of the wealthiest and elite? There should be some boundaries to restrain kids from making choices which hinder their growth and that of the community. Chasing away one’s own life is a dramatic and tragic thought. Any euphoric feeling one may get out of this drug, or any other drug for that matter, merely causes grief to others — family, friends and society. It may be a thrill, an experiment or a gateway for rebellion. It could also be a means to fit in with a particular crowd.  Whatever the reason may be, drugs are addictive and that is a path one does not want to go down.

Just outside Zainab Market, also in Karachi, one will find all sorts of drug users who some consider as one of the poorest groups of people. Our kids may not be addicts — or we may not know that yet — but if we do not put a stop to the frequency of use, then how do we distinguish them from the former? I have seen a middle class boy overdose in front of my eyes at an event. I have witnessed how people my age carelessly give themselves up to these drugs for the means of fun instead of looking at the bigger picture: their future.

Parents need to be more careful with what their children are doing. We, as a community, need to have a tighter rein on this matter as the number of people using drugs amongst us keeps increasing day by day.