Formula 1: Is Vettel the next Schumacher? 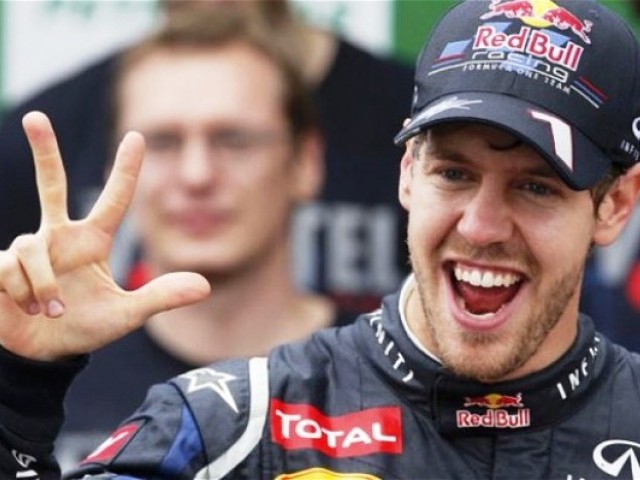 With time on his side now, it remains to be seen if he can achieve the same legendary status as his childhood hero and countryman Michael Schumacher. PHOTO: REUTERS

The Formula 1 (F1) season came to end with a race in Brazil, Sao Paulo, with Sebastian Vettel coming out victorious, with his third consecutive F1 title, for the Red Bull racing team. This could be a legend in the making. 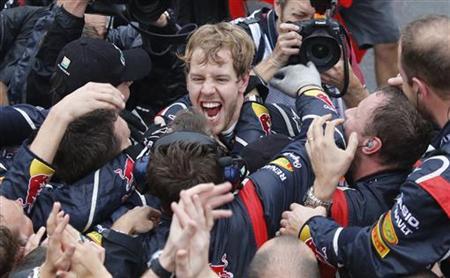 The 25-year-old driver is the youngest triple champion of the world and also the youngest in the 63 seasons of the sport to win three titles in a row, eclipsing the marks set by Michael Schumacher and Ayrton Senna respectively!

With time on his side now, it remains to be seen if he can achieve the same legendary status as, his childhood hero and countryman, Michael Schumacher. This legend, too, put an end to a glittering career – which consists of seven world F1 titles -with the final race of the season in Brazil. 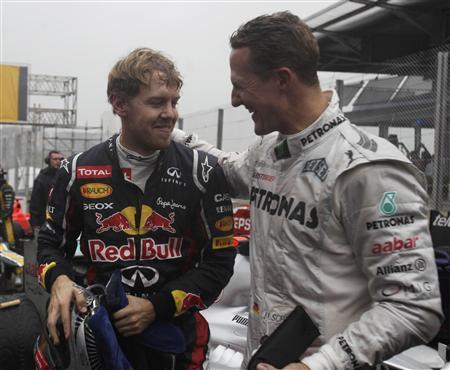 F1, this season, has been truly exciting with Vettel showing serious talent and stability, making him a true champion – especially since he has made comebacks from very difficult situations. After a slow start to a season, Vettel picked up pace towards the middle and performed brilliantly, especially in the final few races.

My favourite was the race in Abu Dhabi.

Here, after a penalty, Vettel had to start from the pit lane and still ended up making the podium position. A true champ this youngster is proving to be!

In the last race in Brazil, Vettel began the race with 13 points more than the title contender, Fernando Alonso. So after a very close and tense race, full of spins, where he was hit in the very first lap, Vettel had to start all over from the 22nd position in rainy conditions. He still managed to finish sixth which was enough to win him the third F1 championship.

Now, it remains to be seen if Vettel has the desire, persistence and the will to get close or even beat the number of championship wins under Michael Schumacher’s belt. Comparisons have already been made, but some people still argue that Vettel has the fastest and the best car in the F1 format. 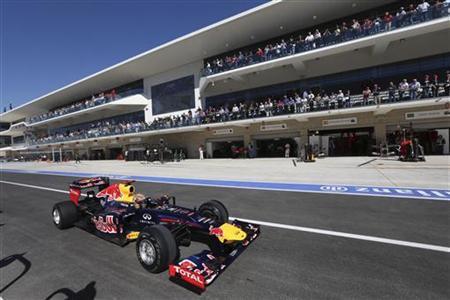 Red Bull Formula One driver Sebastian Vettel of Germany steers his car in the pit lane during the qualifying session of the U.S. F1 Grand Prix at the Circuit of the Americas in Austin, Texas November 17, 2012. Photo: Reuters

This is ironic, as so did Schumacher – the Ferrari.

We will have to wait and see whether Vettel can dominate the Formula 1 like his legendary countryman.

Can he become the next legend of the sport?

However, one thing is for sure ─ the next season of the Formula 1, starting in March, 2013, will have you biting your nails!