I want to be part of the corruption brigade, don’t you? 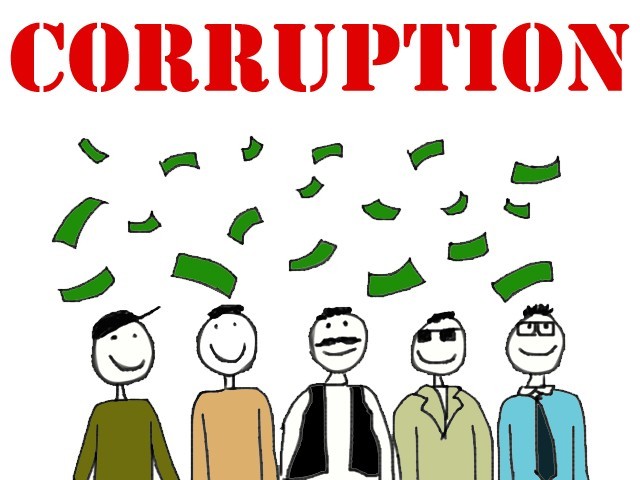 This encourages me to focus on single point agenda to pursue ─ how can I become corrupt? ILLUSTRATION: IMAAN SHEIKH

As a Pakistani, I really want to be a part of the corruption brigade; after all, it is the biggest business in this country, right? Recurrent news about the level of corruption in Pakistan explains that in the past four years, people in power can easily pocket around Rs8.5 trillion!

This encourages me to focus on a single point agenda to pursue ─ how can I become corrupt?

I guess majority of the Pakistani youth is also thinking along the same lines. Apparently, there is no need to think of another option because this one is the most convenient. Pursuing another career and trying to make money is a rather slow and tedious process. One can spend an entire lifetime working without attaining any profound success, whatsoever.

I succumb and question; why not invest your time in something worthwhile?

Ironically, today is the ‘International Anti-Corruption Day’ and I have something to offer. Lucky for you, I am willing to share. Below are five potential areas that I am considering to join in order to get a ride on the corruption bandwagon. Enjoy!

This is a versatile field with numerous career options. One can be a low level worker, but with experience, grow as senior as a political leader. Career progression depends on how ruthless, truth-less and characterless one becomes.

All this does not generally happen overnight, but these are the basic traits one needs to develop to climb the career ladder quickly. And, hey, every now and then you get to be on TV too! Fame and wealth? Infallible career choice, I’d say.

The police force is a very interesting option. As a policeman one can be extremely unbiased and simply follow the instructions given from the higher-ups; money flows in automatically.

Mostly, there is no need to take critical decisions. Making money is as easy as standing in a dark corner and stopping motorcyclists from passing by for the purpose of checking registration papers. Now we all know that this is an excuse. One can also alternatively work on tips to occasionally catch big fish. One trait that is required for this profession is the ability to disappear from the crime scene as quickly as possible.

One can take pride in Pakistani cops for mastering this part of the game.

Bhatta khori, or extortion, is an emerging profession in Pakistan. The public is becoming immune to bhatta khori. An excellent start could be joining an existing group of extortionists and learn the tricks of the trade. Growth in this profession might be slow initially, but once experienced, one can establish the market price based on one’s own brand. Once you prove your mettle and have sufficiently terrified people, you won’t get tired of counting the big bucks.

This field is a bit tricky and a more labour intensive. Generally, one needs to have an army of poor people who are placed on lands identified by a senior group. One can get into trouble though, since this profession is answerable to the ones mentioned above. But the good news is that they all fall into the league of the extraordinarily corrupt! One just needs to have the right connections to operate smoothly and professionally. A little ‘chai samosa’ to the police, a bit of flattery to the politicians and regular submission of your ‘parchi’ to the extortionists (if needed), and you are good to go!

Last but not the least is the public sector procurement. This profession is lucrative because in Pakistan, the public sector organisations have lost over Rs393 billion in the past four years, making the potential for this great. You needn’t care about how well you will perform. The worse (and thus traditional) your performance, the better you are. Education and experience is generally irrelevant, but one must be well connected to the powerful political leadership in order to get an appropriate position, otherwise it would not yield the same results.

It really is a shame that my upbringing disqualifies me for all the above positions.

Sigh. How unfortunate is it that I’ll have to live like a common Pakistani!

An institutional capacity building specialist who currently works as Deputy Country Director at Center of International Private Enterprise (www.cipe.org). He is qualified from the US Chamber of Commerce and blogs at hammadsiddiquiblog.com

Why Google is important for freedom

How to get your first job (hint: use the internet!)