Bitter expats, you give Pakistan a bad name! 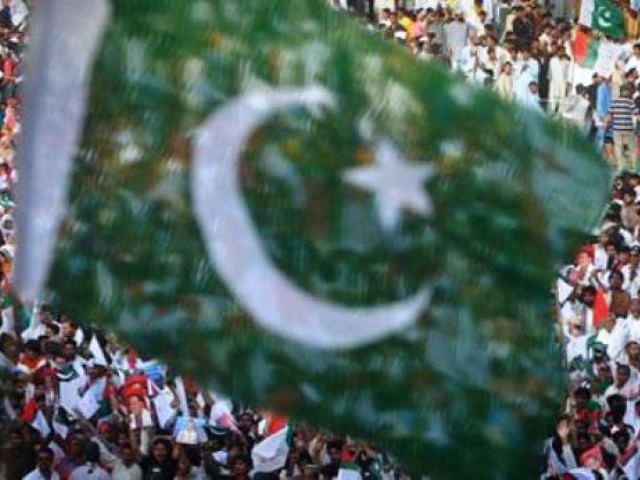 Please do not disrespect the land that once fed you and the people who have no hand in the miseries heaped upon you by a corrupt and moth eaten system. PHOTO: REUTERS

It is an interesting fact that most Pakistanis become more patriotic after leaving the country. It’s oxymoronic unto itself that they leave the country hating it in order to love it again having reached foreign shores. I have no contention with them, seeing that I, too, belong to this group.

I do however have a problem with some expats who badmouth and spread negative views about Pakistan and its inhabitants.

A couple of days ago a friend of mine who’s not a Pakistani but an Australian of Greek descent was describing to me in detail the horrors inflicted on Karachiites every day.

I blamed the Western media for making a mountain out of a molehill (knowing that what he said was somewhat true). But I was incensed when he revealed that the source of his information was a Karachiite himself, or to be more precise an ex-Pakistani.

I told my friend that this ‘ex-Pakistani’ must be sour about something and the situation is not really that bad and my friends back home are living relatively normal lives.

They say that when in Rome, do as the Romans do, but nowhere does it say that you abuse your motherland to ingratiate yourself with the Romans.

In my experience, there has always been a minuscule number of Pakistani expats who have a grudge against the country. They adopt their new country’s lifestyle with an almost indecent enthusiasm, and waste no opportunity to revile Pakistan.

True, they are entitled to their own opinions, but it creates a bad image of Pakistan in the eyes of foreign public. The public – no matter in New Jersey or Multan – is more willing to lend an ear in listening to dark tales of a foreign country rather than its positive side.

Little wonder why Chomsky is revered in Pakistan and Tarek Fatah is adored in Canada.

In their self-righteous tirades against Pakistan, these expats forget that an average Pakistani has as little to do with Taliban atrocities as a Norwegian have to do with Anders Breivik’s actions.

I never hear an Indian immigrant talking about India with the same passionate loathing that our self-righteous wannabes exude in their hatred for the motherland. Like, seriously, give it a break will you?

In your  self-righteous hate rant, you are implicating millions of Pakistanis in subscribing to ideologies of extremism that they themselves loath.

Thankfully, the efforts of many Pakistani associations in foreign countries are fantastic, and they are doing a brilliant job in spreading a truer, nuanced image of Pakistan, but the words of a few of these acerbic and thankless individuals must not taken to be the totality of our nation.

At this critical moment of history when our country stands in a crisis, the last thing we need is a loss of support from people around the globe.

I am not talking about the governments, but the people, who make those governments there, on whose mood their respective government shapes its policies. It is these ordinary people that we the Pakistanis (living abroad) must focus on.

Social media is also an excellent way to reach out to people and tell them about the softer side of Pakistan, about our artists, our free cancer hospitals, our sport, our generous culture, our festivals and our ancient history. Pakistan’s foreign office should also play a more active role in dispelling negative rumours about Pakistan.

If you want to immigrate, please do so. Talk against the government and establishment in a foreign environment – its acceptable. But please do not disrespect the land that once fed you and the people who have no hand in the miseries heaped upon you by a corrupt and moth-eaten system.