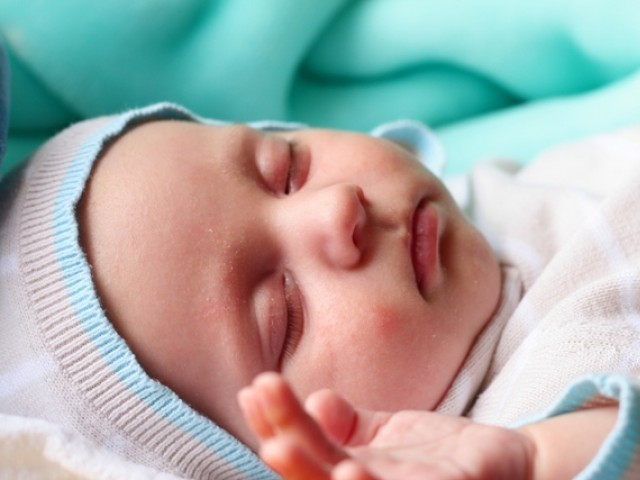 It’s beyond my comprehensive skills how rats, which had the time, space and opportunity to slowly eat at a child's face, could go unnoticed.

Undoubtedly, one of the most horrific and gruesome images that can be conjured up is a newborn getting feasted on by rats. This kind of disturbing image is usually seen in the most macabre of horror movies, but as it turns out, reality in Pakistan even surpasses the most bizarrely fabricated fiction.

An infant, born to Rahila Bibi, was severely bitten by rats this Sunday at the gynaecology ward of the Holy Family Hospital in Rawalpindi. News reports state that the surviving newborn, barely a day old, has visible rat bites on his face, neck, ears, and other areas of his body.

The traumatised parents of the child have accused the hospital staff of gruesome negligence. The administration deputy of the hospital Dr Farooq Khasana said that if such an incident had taken place, an investigation would be conducted and concerned staff would be questioned.

Firstly, I don’t quite understand why the occurrence of the incident is still under question! A newborn baby has marks all over his body as  proof of the heinous monstrosity that has gone down, and yet they’re still dusting the top layer, trying to find non-existent loopholes that might miraculously produce a scapegoat?

News reports further state that the hospital administration is taking every possible step to get rid of rats. Newborns are supposed to be kept in the most sanitary environment. They are to be checked on by attendants at all times. It’s beyond my comprehensive skills how rats, which had the time, space and opportunity to slowly eat at a child’s face, could go unnoticed.

All of this just points a very blatant finger at the hospital staff and the extreme level of negligence that prevails here.

Furthermore, the hospital might have grand plans on fumigation now, but where’s the accountability for what happened? If the hospital’s hygiene conditions were so terribly compromised, why hasn’t it been shut down yet? The baby, who endured a lot of pain, could have been killed.

Will the rats be taken in for questioning?

I ask this question because I see no form of retribution being laid out on the human front.

This year alone has witnessed innumerable acts of negligence by health officials; a vast majority of other such incidents have probably gone unreported, unnoticed and thus unpunished.

In June, six infants were killed in a fire that broke out in a nursery in Services Hospital in Punjab, while the rest sustained burns and other injuries.

Another harrowing incident also took place this year in September at a government hospital in Larkana where nine infants died within 24 hours due to power failure and subsequent interruption in oxygen supply.

Now who is to blame in these situations?

As far as the staff is concerned, their hands are tied at the subjugation of loadshedding imposed by the government. It is astonishing that government hospitals lack the means to invest in a proper generator that is vital for the running of any kind of hospital.

As a country with an incredibly large lower class – which can only afford the conditions available to them at government hospitals – it’s saddening to see the deplorable situation here. This woman, Rahila, travelled from Taxila for the safe delivery of her baby, little was she to know that her innocent child would be food for rats.

Our medical standards continue to shrivel like a decaying corpse. As hospitals pile with patients, highly underpaid doctors struggle, and are given very little incentive to work  ─ or for that matter, to even really care.

There will be no checks or balances, as there seems to be very little difference between the workings of these hospitals and the country itself, both of which seem to have gone to the rats.