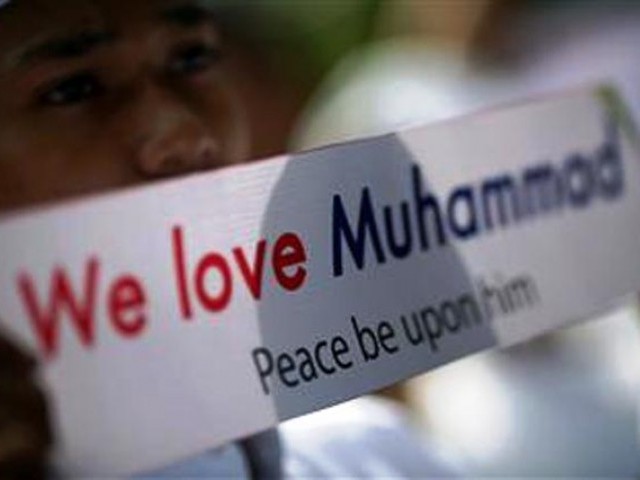 Unlike the hotheads that trashed Pakistan’s streets that day, these young students expressed sympathy towards those who were hurt and those whose means of livelihood were destroyed. PHOTO: REUTERS

Two months ago, chaos hit the country after a controversial video was publicised on the Internet and provoked some men to take to the streets, causing destruction to public property and endangering lives.

I had the rare opportunity to interview bright, highly-motivated children studying in a school operated by The Citizens Foundation (TCF). The children attend an after-school programme called the Academic Achievement Programme, which provides guidance and helps students reinforce learning in the subjects of math and English.

It was engaging and somewhat settling to read their responses to the questions I asked, despite the fact that most of them admitted to knowing someone who participated in the protests that day.

When asked whether the events of September 21 were the best way to publicly register a protest against an attack on one’s beliefs, they responded by saying that violence was not the correct avenue to take.

The students realised that the most rational way to go about expressing one’s feelings would have been through writing a letter listing out inaccuracies and reasons for why the video hurt Muslims across the country and then sending it to the creator of the video.

Seeing the rationality of these young children provided some hope that the school-going youth of Pakistan, several of them coming from families of illiterate backgrounds, are headed in the right direction of reason, thought and logic.

Unlike the hotheads that trashed Pakistan’s streets that day, these young students expressed sympathy towards those who were hurt and those whose means of livelihood were destroyed. They said the affected people were not responsible for the video and thus should not have been punished — a prudent thought by these young children, indeed.

It was enlightening to see this group acknowledge the inappropriateness of the fighting and devastation on that day.

A silent sense of unity was brought about in this small representative sample of Pakistan’s youth realising that the protesters hurt no one but their fellow countrymen.

Now, if only the adults who protested could see that …