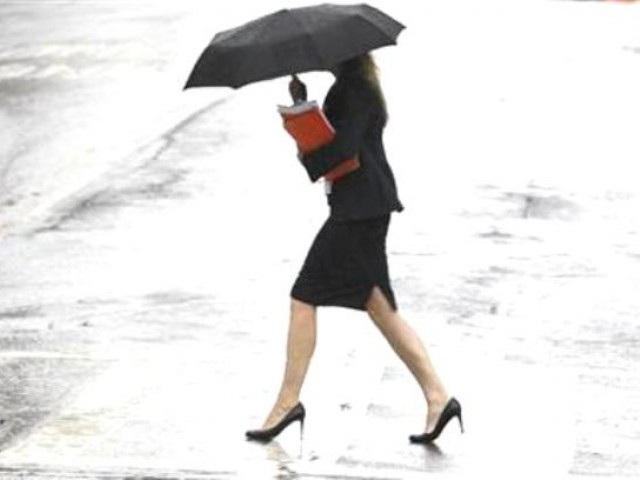 Now the question that puzzles me is, should it be a woman’s choice whether she wants to work or not post marriage? PHOTO: REUTERS

The other day I was watching a Pakistani drama in which a young couple was discussing their future plans. The following conversation played out:

Boy: As soon as we get married I want both of us to make a lot of money!

Girl: But what if I don’t want to work?

Boy: I will make sure you do.

Girl: So if I say that I don’t want to work after marriage, you won’t marry me?

The girl got upset and the scene changed, I stopped paying further attention to the play as just then my friend brought over a tray of snacks.

However, later that night, I happened to be reading the news when I came across an article about a popular morning show host whose marriage broke down recently. I was surprised to read the comments by the readers in which most of them laid the blame solely on the show host, stating that it was completely her fault because her husband had wanted her to quit her ‘glitzy and glamorous’ job but she decided not to give up her career and went ahead with the divorce.

Interestingly though, it was also mentioned in the article that her husband had encouraged her in the beginning of her career and had even accompanied her to a couple of her shows, appearing quite happy about the entire thing. Yet when she became too involved in her career is when he gave her an ultimatum; either she leaves her career or him.

Now the question that puzzles me is, should it be a woman’s choice whether she wants to work or not post marriage?

If yes, should she be able to decide the terms of her work by herself – which field she wants to work in, what her hours will be, how many days off she gets and so on – or will her husband decide?

There are no doubts to the benefits of working. Whether it be simple employment, a business or a full fledged career – working empowers a woman with confidence, independence and security. It is indeed a great feeling for a woman to be able to utilise her education and skills, benefit society and perhaps even contribute to her household.

I know several women who love working and they believe that every woman should be employed. A friend of mine, who worked during her single days, has not been working since she got married as her husband is not in favour of it. This girl is a religious, obedient person and she yearns to work in the field of education but is unable to convince her husband.

On the other hand, I also know countless women (young and middle aged) who wish they could stay at home, take care of the children and household yet they work because they are ‘urged’ to and it is ‘expected’ of them to bring something to the table.

Contrastingly, I also know of men who complain that their wives spend so much time on their career that they along with the children and household are neglected quite severely.

Ironically, these same husbands had encouraged their wives to work in the ‘golden’ days of their marriage.

Sometime ago, a colleague of mine told me that her husband made it clear to her that she ‘must’ work, yet when she got a job in ‘real estate’, he got upset and gave her a verbal list of jobs she could and could not do! I have heard of several other incidents where a friend got a good job offer but for some reason or the other, her husband, who compels her to apply in the first place, did not allow her to accept it.

In light of everything I have narrated above, I would like to pose the following questions;

Whose decision should it be whether or not a woman works and the kind of career she opts for?

Moreover, why is it that the same husbands who encourage or coerce their wives to work or have a career in the first place, then turn back and complain when she starts enjoying what she does?