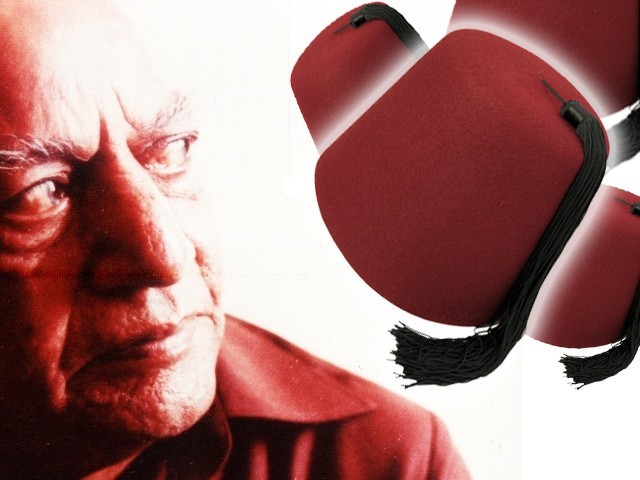 Sadly, the man and his body of work have become increasingly irrelevant. DESIGN: JAHANZAIB HAQUE

For those who do not know (and that number is growing) November 20 is the death anniversary of one of Urdu’s great intellectuals and poets, Faiz Ahmad Faiz.

Sadly, the man and his body of work have become increasingly irrelevant for many Pakistanis, including myself.

Conversation in the newsroom

Me (upon spotting the story on a local news site): “Guys, today is the death anniversary of Faiz – are we covering it?”

Yes, Fez is a hat. And yes, Faiz has been reduced to token mentions in the print media or online (“Today is Faiz’ birth or death anniversary – please read this copy-paste history on him from Wikipedia”), even fewer mentions on TV, and the odd Facebook share with some out-of-context stand-alone prose, generally being used to further the agenda of the sharer.

This is truly a sad state of affairs, and what’s worse is that I am part of the problem.

I am completely ill-informed thanks to my education at Karachi Grammar School which never touched upon Faiz (though I assume he could/should be relevant to an O Level audience).

My ‘western style’ upbringing means no encounters with Faiz at home. Even though my mother is well-versed and well-read when it comes to Faiz and Urdu literature, she never bothered to share any of that with me, reasons unknown. We have volumes of Faiz, but they sit on dusty shelves doing nothing for no one. I once tried to find good, free translations online, but the search left me weary. I found more hats than prose.

At my university abroad, Faiz had no place. At my jobs at Geo, Dawn and now at Express, his relevance has been next to none, or muted (see above description of putting together news on Faiz’ anniversaries).

I have no idea where Faiz is, and neither do the people I live and hang out with. I know this is a monumental loss because people tell me it is, but when I ask them about Faiz, they tend to know more about the hat than the man and his work.

Unfortunately, this loss of Faiz is not just among the burger bachas I know – it extends from my uneducated driver all the way up to senior staff at news organisations.

The loss of Faiz is real, what it will mean for us…I really do not know.