The Real Madrid Foundation: A real chance for Pakistan 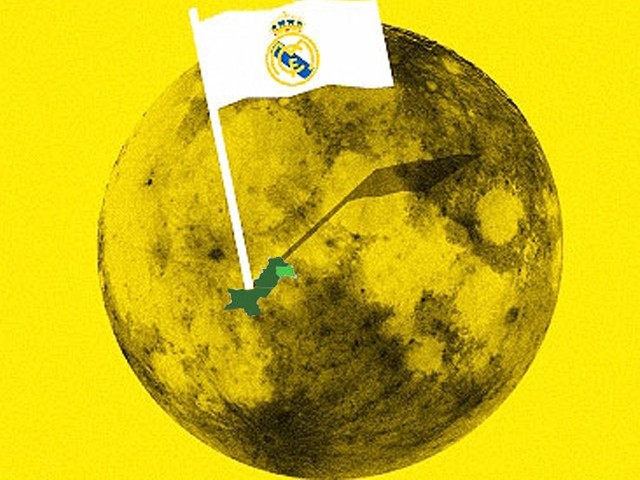 While the children, this initiative could potentially enrol, especially those with disabilities, and the special training they will be afforded is virtually priceless. DESIGN: ERUM SHAIKH

There is a school of thought that hints of a place deep beneath the chasm of our cricket loving souls, where a current of passion for the beautiful game of football flows.

From Bolivia to South Africa, China to Mexico the Real Madrid Foundation has sought to instill its values and traditions that have seen it become one of the most dominant forces in football, the world over.

And now, thanks in no small part to the Aman Foundation, 250 children aged between eight to 13 years will now find themselves enrolled in the Real Madrid Foundation. The programme that is set to kick off in the port city of Karachi in conjunction with the new season will seek to emulate a successful formula, already in existence in countries like India, the training that will be offered to local coaches here from their far more experienced and proficient Spanish counterparts is something that could potentially grow to benefit Pakistani football at large.

Let’s not get carried away here.

While the children, this initiative could potentially enroll, especially those with disabilities, and the special training they will be afforded is virtually priceless. In the broader context of the sport our 180th place FIFA ranking is not without a measure of justification and maybe, just maybe, should we not fall prey to our own worst instincts; this could be our real chance to fix things ─ a reason to hope.

PTV’s landmark decision to purchase the rights to showcase the current season of the Barclay’s Premier League is yet another indication that interest in the sport is growing and steps like this from local broadcasters can only help spread awareness.

More importantly, FIFA included Pakistan in its Goals programme which sets eight specific goals for a country to meet, in order to have the infrastructure to build the beautiful game into something more than a passing interest.

Currently three projects are being worked on; the association’s headquarters in Lahore, a technical centre for the training of national and youth teams in Karachi and four technical centres in Quetta, Jacobabad, Sukkur and Abbotabad, as part of FIFA’s assistance for flood affected regions.

All three are listed as active yet there seems to have been delays in construction.

While most might find this highly regular, their completion is imperative as future investments from world football’s governing body are dependent on it. In fact, it was just over a month ago that a delegation from FIFA had flown in to inspect progress on these very sites as well as laying out the foundation for further growth and development potential in the country.

Progress is being made, as absurd as that may be to believe, if per chance you have seen the national team in action. Infrastructure, once in place needs to be complimented with foreign coaches and training staff. While we may have the talent, it is a joke to assume we already posses the know how to correctly identify, train and field this commodity. Media channels need to pay attention; the powers that be need to realise that there is more than just one sport worth stealing from– sorry, I meant investing in this country.

It is left to us to decide where the next few decades will take us in this sport.

The real question now is, should we take it to heart or leave in the dust as we have done in the past and hope maybe that someday the Manchester United foundation will appear as well?