The time for Haris Sohail is now! 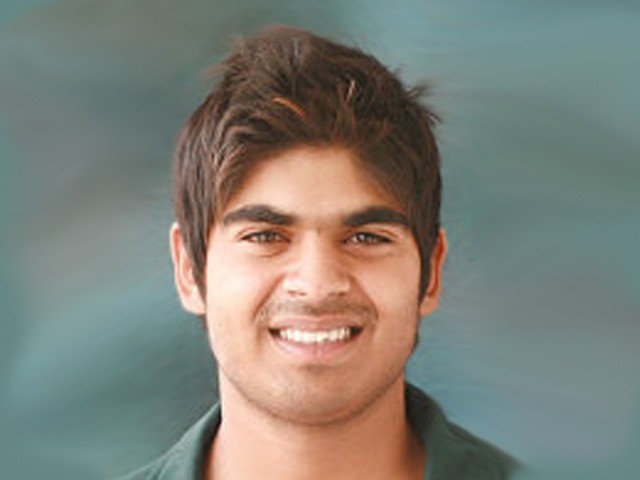 Two years ago Pakistan’s selectors put their faith in two young batsmen who had been scoring heavily in domestic cricket. Today, both these batsman – Azhar Ali and Asad Shafiq – are a permanent feature of Pakistan’s Test team and have become vital cogs in a strong middle order for Pakistan.

They fit in perfectly into the void left in the middle order that was created when Inzamamul Haq and Mohammad Yousuf left.

I believe, however, that now the time has come for another young batsman to be selected; in my opinion, it’s time to bring Haris Sohail into the national team fold.

The 23-year-old left-handed batsman from Sialkot, made his first class debut in 2007 at the age of 18. His shot at prominence, however, was when he represented Zarai Taraqiati Bank Ltd, for the Quaid-e-Azam trophy, during the season of 2010-11 when he amassed 653 runs in 11 matches at an average of 54.4. His tally included five 50’s and a century – an unbeaten 211, his highest first class score.

Sohail maintained good form in the following season (2011-12) as well where he was the fourth highest run scorer in the Quaid-e-Azam trophy with 873 runs in 11 matches at an average of 51.4. He smashed four centuries that season along with four 50’s.

During the same season, Haris was also one of the leading run scorers for the Pentangular Cup where he represented Punjab and smashed 311 runs in five matches at an average of 44.4 scoring one century and one 50 in the process.

Haris has been exceptional this season as well. In the ongoing President’s Trophy, Haris knocked his third successive century. He missed the first three games of the season as he was away for the Champions League and the on personal leave, but since his return in the game against WAPDA, Haris has been in super form. Sohail was also selected for Pakistan’s tour of Sri Lanka earlier this year but didn’t get a chance to play for Pakistan. The comfort we can drive from is the fact that this showed that at the very least he is on the selectors’ list of potentials.

However, that may not be enough; it is now time that he is considered seriously as a long term feature in Pakistan’s middle order and potentially the long term replacement for Misbah or Younis Khan.

It will be difficult for him to break into the Test team while both Misbah and Younis are around, though he can benefit plenty by being around the team as part of the squad on the tours to India and South Africa.

His time is now and the selectors will do well by picking him first for the ODIs against India and then for the test tour to South African early next year.