Skyfall: Easily the best Bond film ever made! 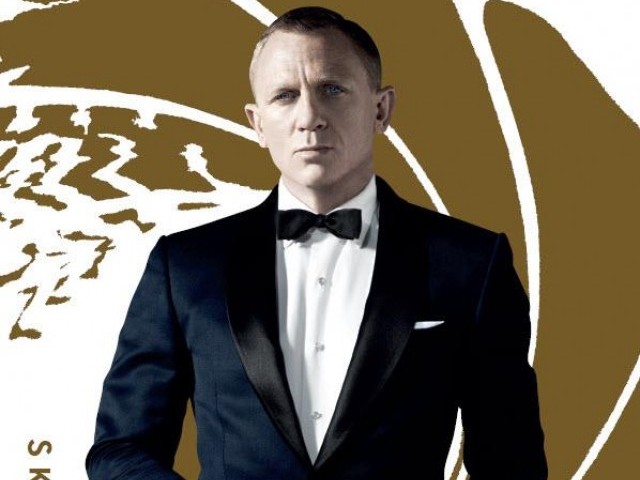 The secret to the spy film’s quality lies in the talent of its director Sam Mendis, who has made a compelling espionage film on its own merit and not just as a worthy instalment to the franchise. PHOTO: PUBLICITY

Daniel Craig earned his license to play James Bond with engaging performances in his two previous outings as the iconic British intelligence agent. Here in the dark and intelligent Skyfall, his performance is killer and he owns the role, clearly establishing himself as the best James Bond since Sean Connery.

This is all the more fitting as Skyfall is easily one of the best Bond films ever made.

The secret to the spy film’s quality lies in the talent of its director Sam Mendis, who has made a compelling espionage film on its own merit and not just as a worthy instalment to the franchise.  Yes, the film is so good that it isn’t overshadowed by anyone, not even a household name like James Bond.

Handing the reins of an iconic character on film to an auteur can yield unpredictable results. While filmmaker Christopher Nolan’s realistic approach was godsend for the Batman franchise, Ang Lee’s artistic style resulted in near disaster for the Hulk (2003). Sam Mendis, whose poetic vision helped earn American Beauty (1999) numerous awards, seemed like an unlikely choice for Skyfall, but has ultimately balanced his panache with the visceral demands of a Bond film quite successfully.

Mendis’ Skyfall is beautifully shot, with some gorgeous looking scenes that clearly benefit from his love of deep colours. One scene in China stands out especially, where Bond takes on another agent at night on the top floor of a tall complex. This scene is quite a sight to behold, as the shadowy silhouettes of the two characters do hand to hand combat on a dark breathtaking backdrop which is coloured in bluish hues.

The director shows real skill at building genuine suspense, turning up the tension with deliberately paced drama.  Meanwhile the action in the film is distinctly old-fashioned, lacking in gimmicky gadgets and over the top action set pieces, and featuring realistic gunfights. Not only that, but Skyfall skips on the traditional Bond girls as well.

That doesn’t mean the film lacks for romance however. James Bond has a romantic partner in Eve (Naomie Harris), who is a rookie agent working on the field alongside him, but unlike previous films, there seems to be genuine endearment from the brooding spy. Then, there is the hero’s relationship with M (Judi Dench), who is played in a serious performance. Judi Dench, a terrific actress, is normally limited to secondary roles in Bond films, but here she is written a very strongly developed character to display her fine talents.

M, of course, is the dignified head of the MI6 agency. Here, she is shown to be a burdened leader who has had to take some very difficult decisions over the years. In Skyfall, these decisions have caught up with her, and she is left defending herself to the Intelligence and Security Committee chaired by Gareth Mallory (Ralph Fiennes), as they question her about agents being killed after an information leak. While M tries to convince the world that agents like Bond are still necessary, her organisation suffers from some startling terrorist attacks, where she is the actual target. If there is one person who understands her, it is Bond, and the relationship between the two develops quite nicely, and is the real heart of Skyfall.

Bond films have had some memorable villains, but Skyfall carries one the one of the creepiest in Raoul Silva (Javier Bardem). The psychotic Silva is a former MI6 agent who holds a deep grudge and goes to unsettling lengths to settle the score. Silva is played amazingly well by Bardem who has a very haunting screen presence in Skyfall.

Surprisingly, the film has some humour to offer as well! At one point Silva really gets Bond’s attention, when he attacks what the agent loves most. No, I am not talking about M. The recipient of this unwanted attention is Bond’s classic Aston Martin DB5, which fans will recognise from Goldfinger (1964). It is the one moment in Skyfall where James Bond seems truly angry.