My childhood was a lie! 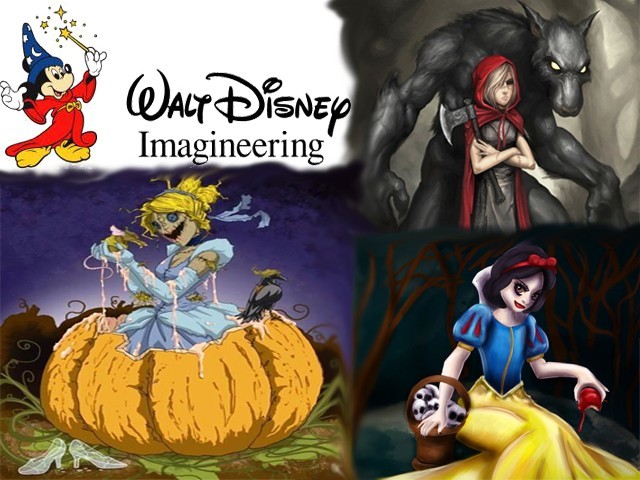 The creepy origins of the stories that we associate with our childhood, border on ‘gothic’ and practically ooze ‘inappropriate’. All I can say is, do not read this if you want to preserve the innocence of your childhood memories. DESIGN: ERUM SHAIKH

Close your eyes and think of your childhood.

What stories did you hear? Which fairytale was your favourite? Which princess did you want to be like?

It doesn’t matter because they were all lies.

The creepy origins of the stories that we associate with our childhood, border on ‘gothic’ and practically ooze ‘inappropriate’. All I can say is, do not read this if you want to preserve the innocence of your childhood memories.

More often than not, cartoon adaptations of popular fairytales face very feminist criticism over the stereotypical ‘damsel in distress’ they present to young girls as a role model. But if you compare these useless halfwits to the characters they were inspired by, you may find the Disney-ish interpretations more suitable as role models. The first sugar coated lie we were all fed was that these princesses had spotless characters. Spotless complexions, maybe, but their virtues (or lack thereof) raised a few eyebrows and a lot of questions.

Remember that ‘innocent’ princess imprisoned in a tower by an evil witch?

Well, the original Rapunzel wasn’t very innocent. Like most fairytales ‘Rapunzel’ had oral origins; it was a story told across many different localities including Europe and was translated several times to German (it was the German version by J. C. F. Schulz that altered the girl’s name to ‘Rapunzel’ derived from a vegetable that Rapunzel’s mother craves during her pregnancy called ‘rampion’). This work then became a source for the first edition of ‘Grimm’s fairy tales’ by the Grimm brothers. In these early versions, the witch discovers the prince not because the girl stupidly blurts it out; instead it is because the witch notices Rapunzel getting bigger around the stomach.

Think adultery and illegitimate babies here and you have hit the bull’s eye.

But this is nothing compared to Cinderella.

The first written version of the story in Europe was published in 1634. In this Italian version of the tale, Cinderella (named ‘Cenerentola’) actually murders her first stepmother because she wants her father to marry her beloved governess. The governess then brings in her own six daughters who fit the role of the ‘wicked step sisters’ while the governess consequently becomes the ‘evil step mother’ herself. In short, Cinderella murders someone for purely personal gain, and ends up with a list of chores to last her a lifetime.

Not so noble after all, are they?

Then there is the violence.

Remember how any violence in storybooks and cartoons was either censored or so polite that it wouldn’t qualify as violence at all?

Well that was a very crafty fabrication because hardly ever did these stories exclude gore. And no, the good guy didn’t always win.

The classic ‘Snow White and the seven dwarfs’, for example is no stranger to this violence. The Bavarian folk-tale was penned down by the Grimm brothers for their collection; their German version actually first gave the title ‘Snow white and the seven dwarfs’ to the story. In this early version, the queen is made to dance in a red-hot pair of iron shoes till she drops dead. Picture that the next time you’re watching the sugary sweet Disney version.

A primitive justification could be that the queen was evil (and crazy) and deserved punishment. Fair enough, but what about the sweet little girl in the red hood? Surely she did not warrant a bloody fate. Apparently she did.

In the earliest written version of the ‘Little Red Riding hood’ by Charles Perrault, the story ends when the wolf eats Red Riding Hood, in this version she is a well-bred young woman and no gallant huntsman comes to the her rescue. The point of the story was to serve as a warning against dangerous strangers. In even earlier versions, famous in 14th century French peasantry under the titles ‘the false Grandmother’ and ‘the story of Grandmother’ the gore goes a step further when the wolf serves Little Red a plate of her grandmother’s flesh, which the little girl eats.

Cannibalism and carnage all wrapped up in a shiny red hood, not something you’d read to children, I’m assuming. Originating from dark times, these stories were almost always sinister in nature. Hence, for the modern-day ‘magical’ versions they are always altered to present an entirely different theme.

Sometimes these modern-day fairytales also go as far as to include historic fabrication. This was the case in a 1997 cartoon film titled ‘Anastasia’ which was essentially a very inaccurate depiction of the Romanov family murder of 1918, which took place post the Bolshevik revolution in Russia. 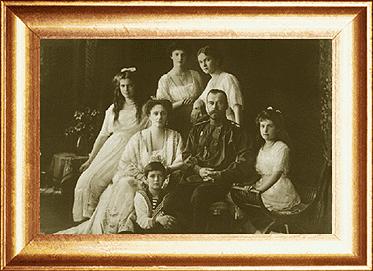 Long story short, the nice folks at Fox animation studios took the politically instigated murder of the Russian royal family and turned it into a clichéd ‘they all lived happily ever after’ romance. In the film, a long lost granddaughter returns as a beautiful young woman, filling her grandmother’s heart with joy.

In truth, the whereabouts of the body of Anastasia – grand duchess of Russia and daughter of the murdered Tsar and his wife – became a mystery which caused speculations about her being alive. This in turn caused a number of imposters claiming to be Anastasia, but the real Anastasia did not return to her grandmother and there was no ‘happily ever after’.

The cartoon film takes certain elements from true events, including the original names ‘Romanov’ and ‘Anastasia’, but adds all the colour, music and excitement that one expects to find in an exciting children’s movie, and we get a fantasy laden fabrication of historical facts that becomes an economical success for the producers and a fantasy for most young girls.

So there you have it; our childhood fantasies were not really very fantastic. They were a trick played by some very smart authors and eventually cartoonists. They took the notion of ‘I don’t want realism, I want magic!’, from ‘A streetcar named desire’ by Tennessee Williams, and gave us addictive magic through a million dollar industry.

The magic was fake, but it was definitely magic and we fell for it; we loved it, lived it and pestered our parents into buying it. Consumerism somehow convinced a generation of children all over the world that someday something magical would change their lives.

It is ironic though that the very tool used in convincing us that the world is a beautiful place was tinged in very ugly shades of sin and slaughter.

Oh well, I suppose it isn’t what you start with, but what you can turn it into. After all, an old pumpkin can be turned into a magical carriage if you just have the right tricks up your sleeve.