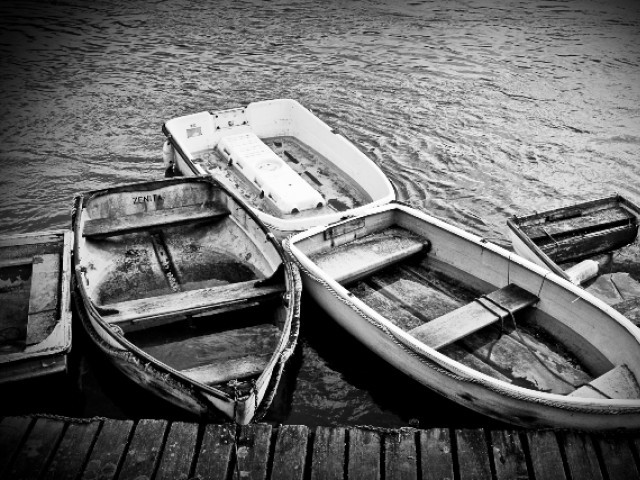 It was surely ungenerous to resent the men for making it back alive, just because her husband had perished at sea. But that’s how I feel, she said to herself.

Safina gazed at the stormy sea, watching the sombre night sky light up against flashes of lightening outlining a dramatic assembly of clouds. Rain poured from the sky accompanied by drumbeats of thunder, blurring the beam from the lighthouse. She had lost count of the nights spent by the window, gazing at the sea.

A ship’s horn sounded in the distance, signalling her husband’s return home after two months. On that misty night, the ship had sailed into view, making for the harbour. As Safina watched from the window, the ship glided into view, visible only because of the lights. She began to count the minutes it would take the ship to dock, for him to disembark and walk up the few 100 paces to the front door.

The Sea Eagle was making for the harbour when all its lights went out, the first sign something was wrong.

It began to tilt, slowly at first.

She did not wait to see more.

Racing down the twisted stone-encrusted path, she could barely see her way. The ship was lying on her starboard side. White hats bobbing on the choppy sea. Several sailors made it to shore, the lashing rain slowing the progress of those swimming against the current.

Safina witnessed the scene like someone watching a movie on the big screen, staying long enough to determine her husband was not among them. A frantic headcount ensued; seven marines were missing. Faraz hadn’t made it to shore, but he was sure to.

Finally, all but two sailors including her husband were still missing. Nobody dared to venture into the grey sea. They could make out the ship, tossed about by the waves. There was no rescue at the beach. No other ship was in dock.

Safina ran towards the sea, a woman in a long white dress.

A few moments later, one of her husband’s colleagues caught up with her. She did not move at his request to step back from the raging sea, nor did he. Forced to retrace her steps, she stood on the shore, watching the foaming waves climb higher with each passing moment. An hour must have passed, then another.

An occasional flash of lightening illuminated the sky and the sea; there was no sign of Faraz.

Every moment felt like eternity, crunched into a single breathless instant of time when the captain turned away in resignation. She was persuaded to go back home. Her daughter was all alone.

The next morning they found his body washed on the beach. He was lying peacefully on the glistening sand, his face shaded from the sun. As if he were taking a nap, while the aquamarine waves lapped at the golden beach. Ayla unclasped her hand, racing to her father’s side, calling out to him.

He had died trying to save a friend. She knew him well.

He had come over occasionally for lunch.

Why didn’t he try to get help?

Perhaps, because he knew none would be forthcoming.

It was each man for himself.

Beyond that, she could reason no more.

Faraz had dived underwater to retrieve him. Her husband, an expert swimmer, had chosen to save his friend and lost his life in the futile attempt. She wished he hadn’t been so selfless. A man who was trained to guard maritime frontiers was expected to be familiar with the sea’s ferocity.

The hardest part had been telling their daughter that daddy was gone- forever.

Another streak of lightening accompanied by thunder jolted her back to the present. Safina looked out the window. The boat had reached the shore. Several fishermen alighted, carrying their haul between them and a massive net.

A handmade boat made by the fishermen themselves had survived the storm and docked safely.

Was she the only one to see the irony driven home by cruel fate?

She could see the three Fates, cackling at their wheels as one of them snipped the thread, ending her husband’s life. It was surely ungenerous to resent the men for making it back alive, just because her husband had perished at sea.

But that’s how I feel, she said to herself.

The sea was his first love, Faraz had once said.

In the struggle to save his friend he had invited death. The waves devoured him in the end. It was some consolation he was killed by the elements. One of nature’s most ardent admirers had fallen victim to its force.

Driving through the arid landscape on her way to the coast, Safina marvelled at how it could look so splendid in its barrenness. This was their last home together. She did not want to leave the house; his presence was tangible. She was a woman alone. Somehow, the fact that her husband was dead and buried had left her vulnerable.

An assortment of memories overwhelmed her; building sand castles with Faraz and Ayla, the sun in their eyes and the wind in their hair. The exploratory walks on the pristine beach, while Ayla searched for seashells. Forever preserved in their daughter’s brown curls and sparkling eyes, the dimple in her left cheek, Faraz had crossed over into another world.

The moments they had cherished were as irretrievable as the grains of sand falling through her fingers. Their home had proven to be a castle in the sand. Caving into the waves, there was no trace of it now.

She could not live on her own in what was still essentially a fishing village on the Arabian Sea coast. She was a widow; that mere fact had changed her life. In four weeks’ time she would leave the home they had made together, forever.

The beam from the lighthouse shone on the sea, the cadence of the waves clearly audible in the stillness of the night. In life’s ebb and flow is a universal rhythm, played out by the waves. She watched the Sea Eagle leave the port. Like the ships sailing away from the harbour in paintings, but perhaps not with the same finality.

Others would take its place.

She would not see them arrive.

Tomorrow, I will lock up the house and never come back, she thought.

The dark blue sky and dark blue sea shimmered in the moonlight, giving the illusion of a mirage. Safina watched the savage waves crash against the rocks. Faraz had drowned in these waves. The intimacy she had once shared with the sea was gone.

From now on she was on her own.

She turned around at the sound of Ayla’s voice. Frequent nightmares would not let her sleep through the night.

“This is my home. I don’t want to leave!” she screamed.

Safina gathered her daughter in her arms.

“We’ll make a new home, far away from the sea, where the waves won’t get us,” she answered, drawing the curtains.