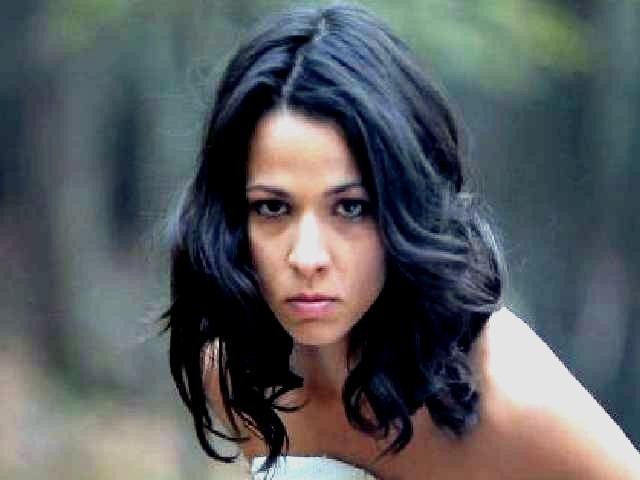 Sofia is embittered by the killing of her civilian father ─ a doctor who rushed to aid victims of a drone strike and became a victim of a secondary ‘double-tap’ strike himself. PHOTO: PUBLICITY

TV’s new villain is a virginal seductress from Waziristan.

Hollywood is making efforts to humanise militants and would-be terrorists from this part of the world. A recent Stanford-NYU study might have had something to do with this.

Call me masochistic, but I love crime (as long as it’s within fiction). I grew up reading Agatha Christie and have had more than my share of Law & Order shows, whose story-lines are often inspired by actual news reports. SVU marathons sometimes make me sick to my stomach, but there’s something to be said for watching rapists and pedophiles actually get caught and dealt with in a court of law.

So when I recently watched Law & Order SVU’s current season online, I was taken aback by the show’s 299th episode, ‘Acceptable Loss’. It started off with sex trafficking—vulnerable young immigrants from Latin America and Eastern Europe exploited by violent New York pimps into prostitution. But the show’s terrorism side-plot is what really stood out; the villain was an attractive young woman in a clingy mini-dress posing as a prostitute who was actually—wait for it—a gal from Waziristan out to take revenge on the drone strikes by bombing Manhattan.

The premise is admirable; American and international viewers need to know that civilians and rescues workers are being bombed side by side with suspected terrorists. However, the rendering could have been more detailed and even more sympathetic. The character Sofia was oblivious to the plight of the sex workers surrounding her, which I find very hard to believe. Any woman would be moved to tears unless she was a madam herself! For someone with so much anger towards exploited people from the developing world dealt with injustices, she was sure thick-skinned towards her own sex.

There was interestingly no mention of Pakistan on the show. It seems that enough people have heard of Waziristan to know where it is! And, refreshingly, there was not one mention of clichéd rhetoric referring to ‘jihad,’ ‘honour killing’ or ‘the war on terror’. Finally!

According to the story-line, by some miracle, al-Qaeda has expanded their female recruitment beyond a so-called ‘burqa brigade’ and enlisted the help of svelte would-be prostitutes in terrorising NYC.

At first glance, the character Sofia seems like a Victoria’s Secret model in her form-fitting garb that highlights her limbs. You’d think she was Latina with her looks, or Eastern European with her accent; she mostly gets her v’s and t’s right but to our ears, she still sounds a little foreign, a bit like how we’d imagine a non-American vampire.

When you think of a Muslim or Pakistani woman in popular media, she’s usually either subservient and pathetic, or a strong survivor. She is often the victim of stereotypical ignorance and cruelty: either acid-blasted or in danger of being murdered by her nearest and dearest via honour killing.

The guise of a provocative prostitute is at least refreshingly different, given that she’s also a victim of circumstances. Like Gotham City villains in Batman movies, Sofia has undergone a traumatising experience that has caused her to turn dark. In her case, it’s drone attacks in Waziristan that have overturned her ethics.

Sofia is embittered by the killing of her civilian father ─ a doctor who rushed to aid victims of a drone strike and became a victim of a secondary ‘double-tap’ strike himself, like thousands before him.

But hey, it’s okay — Sofia’s only pretending to be a prostitute. She’s still a virgin, of course, because she’s Muslim and there aren’t millions spent on hymenoplasties in Saudi Arabia every year ─ just like all Catholics in the world are celibate unless they’re married and never, ever get a divorce.

Sofia doesn’t bat an eyelid when women around her get exploited, beaten and raped, but she’d never get a real tattoo because she’s a good Muslim (face-palm!). Of course, no one in the Muslim world has ever gotten a tattoo either; we just stick to henna.

I asked actor Evgeniya Radilova in an exclusive interview, who played Sofia, if there was anything in the story-line that she found perplexing.

“Is there anything that you’d change in hindsight, or provide as advice to the show’s writers or producers?”

She replied, “I think that the writer for Law & Order and many other big TV Shows, Ed Zuckerman did a phenomenal job in this complex story. Unfortunately, the show is only one hour long and there is not enough time to see the whole journey of these characters. But Ed Zuckerman picks the most important moment and tells a beautiful and very meaningful story.”

“…The U.S. government does not officially recognize drone use by the CIA in those countries” (that is Pakistan, Yemen, Somalia). “Shows like SVU provide a media spotlight to expose the effects of what has happened and puts the topic on the minds of the public.”

So yes, on one hand, we’re glad it’s finally part of popular media.

On the other hand, we wish the writers did just a little more research…like asking us!

Capturing Sofia in an apartment building:

Lt. Eames captures Sofia and smudges her tattoo with her saliva-laden thumb, proving it to be fake.

Lt. Eames: “Did you know that tattoos were forbidden in Islam?”

The team enters a room where a Faisal Shahzad lookalike posing as a John (played by Shehryar ‘Shezi’ Sardar) is trying to detonate explosives. He’s knocked down and captured by Det. Nick Amaro (Danny Pino).

Sofia: “I keep telling you, I don’t know about bombs. I was just there to have sex!”

(Face-palm yet again; no woman in Pakistan would ever admit to that. She’d rather admit to bombing!)

Det. Benson: “She can’t…It must have been awful for you, living in that house.”

Lt. Eames: “I’m sure you had a good reason. What happened to you?”

Sofia: “You know what happened to me.”

Sofia: “My father was a doctor. A drone struck some people near where we lived. My father went to help, to tend the wounded. He was not a fighter. He was trying to save lives, stop the bleeding. And then, another drone hit. Your government targets the rescuers. It is standard policy. My father, he was blown into pieces. We buried the ones we could find.”

Sofia: “This is where the drones came from.”

Det. Benson: “And you hid among girls who were being raped, who were enslaved. And you let that happen.”

Sofia: “I was sorry for them. But there are so many people to be sorry for.”

Benson and Eames unwinding at a bar:

Det. Benson: “It’s a rough story about the father.”

Lt. Eames: “They all have a reason. Something.”

Medium: TV drama series on the ABC network, currently in its first season.

Premise: In the pilot episode, a US submarine crew takes refuge on an island after refusing to launch a nuclear missile attack on Pakistan. A later episode shows a plot twist which results in the brutal bombing of Pakistan: 2 missiles detonate, killing 8.5 million of us (shudder). The upside: we’re not the villains.

Medium: A documentary-style made-for-TV film containing interviews and archival footage. Produced by the Weinstein Company for the National Geographic Channel. Accused of increasing support for Obama by including presidential footage and broadcasting it two days before the presidential election.

“The movie focuses on the men and women in the intelligence community who tracked and located Osama bin Laden, the local nationals in Pakistan who assisted us at great cost to their own safety, and the highly skilled members of SEAL Team Six who brought the world’s most wanted man to justice.”

Medium: Motion picture produced by Sony Pictures and directed by producer-director Katherine Bigelow. For theatrical release in January, in time for the Oscars.

Premise: A grittier take on the gazillion dollar manhunt for the elusive OBL. Bigelow explains the title in an email interview with Entertainment Weekly:

“It’s a military term for 30 minutes after midnight, and it refers also to the darkness and secrecy that cloaked the entire decade long mission.”