Child abuse: Silence is never the solution, be a fighter! 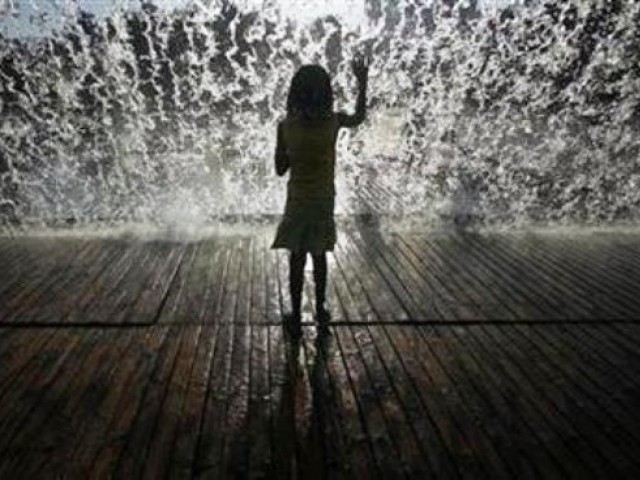 She felt disgusted with herself and wanted to tear her skin wherever he had touch her. PHOTO: REUTERS

To me she was an ordinary girl ─ every teacher’s favourite, scoring perfect marks in all the exams. Looking at her, I never realised that behind this perfect pretty face lived a tormented girl who held a dark secret.

Behind her inscrutable face was a girl who constantly screamed but to no avail. However, recently she broke her silence and shared her story with me, while we were discussing Sidney Sheldon’s novel Tell Me Your Dreams.

*Humera who belongs to the middle class and is 23-years-old now, was sexually abused when she was 12 by a grocer in his mid-forties. He owned a shop near her house and was acquainted with her father. He molested her on daily basis and it continued for two years. Her mother used to send her for groceries since her brothers were too young to even count properly. She didn’t tell anyone about the abuse because she was scared and felt guilty.

“I didn’t and couldn’t tell about the abuse to anyone because I was scared, ashamed and felt guilty at the time, and I believed that in some way it was my fault. He threatened me and said that if I told anyone, he would tell lies about me to my father. I was scared that my father, who is a strict man, would believe him and beat me. I was naive and going through hell at that time, I had no one I could trust and talk to. I suffered sexual and physical abuse outside and emotional abuse at home,” she said.

Her abuse ended when her parents stopped sending her for groceries. She said her past still haunts her and she suffers from low self-esteem constantly.

“At the time of my trauma, I decided something; I promised myself that I will always try to be happy, and no matter what happens, I’ll live my life to the fullest. Though I have a strong personality and I’m very optimistic, I do suffer like other victims. I have nightmares and I don’t trust people easily; I’m friendly on the outside but lonely inside. My past still haunts me. I am afraid of anyone touching me”  says Humera, the shaken soul inside her beginning to show. “I’ve managed to overcome my low self-esteem many times. Looking at me you would see a lively and confident girl, but in reality I’m a shattered, scared and damaged. I have worn so many masks that it’s difficult for anyone to believe that the reality of my life would be so horrifying. Despite what happened to me, I didn’t lose myself to my demons, I believe I’m a survivor who is still fighting. I know that in the end, Allah (SWT) will ease my pain and bless me with a happy life. InshaAllah.” she added.

Her ordeal didn’t stop when she stopped going for groceries. Her stepbrother who is married and has two children, started to harass her whenever he got a chance. Her younger brothers seemed to have adopted a similar behaviour as her stepbrother. She tried to discuss this matter with her mother but she didn’t pay much attention.

Humera states that her brothers are the centre of her mother’s world, whereas she is grossly mistreated. Her mother always favours her sons over her daughter.

“There is no point in speaking. Who would I speak to? No one cares! I don’t even count as a human being according to my family. My own mother didn’t believe me.”

I could see that Humera was deeply affected by what had happened to her. She felt helpless.

“Whenever I see my abuser and I see that he is still not sorry for what he has done to me, I feel disgusted with myself. I want to tear my skin and whichever part part of my body he has touched. I cry silently at night. I’m engaged and in love with my fiancée. He knows about my past and still accepts me,” says Humera.

I was glad that she had someone who understood her and loved her without judgement.

“Why am I disgusted with myself and my body? That monster did irreversible damage to me. I had never wronged him. Didn’t I deserve a normal life like other girls? Why must I live with my fears and nightmares? Just because a monster wanted to satisfy his sick desires?” said Humera, overwhelmed with anger. “These people should be hanged,” she finally gave her verdict.

I decided to share *Humera’s story because there are other victims all around us who need support but are afraid to break the silence. I am writing hopes that sexual abuse victims will realise that keeping silent is no way to deal with the situation. By telling what happened to you, you are announcing to the world and and to your abuser that you are not weak and that you are a fighter and a survivor like *Humera.

To parents I would like to say, please tell your children that it is okay to tell you when something goes wrong ─ when someone touches them inappropriately or talks to them about something strange. Give your child the comfort zone to open up and let out what is going on, instead of banishing them to a life of suffering.

This article was written and shared with full consent of the victim and name has been changed to protect the victim’s identity.

A student pursuing an MBA degree, Tehniat likes to write about child abuse and topics of social awareness. She likes to read and tweets as @Tehniat08 twitter.com/Tehniat08