The innocent prisoners of Pakistan 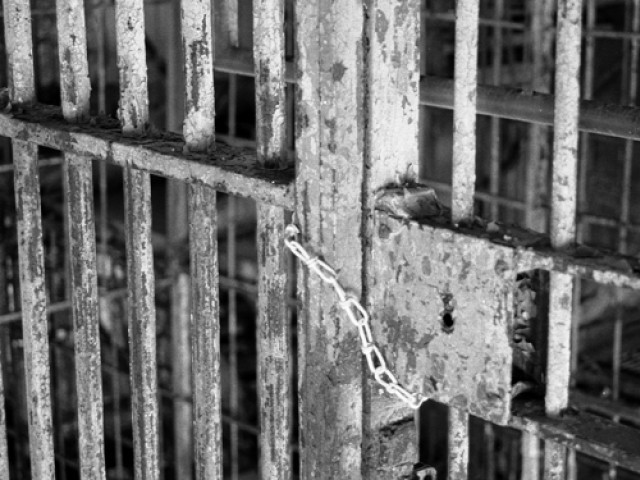 Even the most dangerous killers in the jail are afraid of visitors.

Every few months, we hear more bad news coming out of a local jail. Inmates have been injured due to negligence on the part of the jail administration, and some have even lost their lives due to the jail staff’s apathy.

Those that survive live in squalid conditions and are often victims of abuse at the hands of visitors to the jail. Even the most dangerous killers in the jail are afraid of visitors, cowering in fear at the sight of dozens of wide-eyed spectators, many of whom are armed with sticks and stones.

Yet, the government takes no action against either the errant jail staff, or the uncivilised visitors at the jail, which is located on the Margalla Hills.

Unlike the inmates in some jails, the ones here are all innocent. None of them have been accused of any crimes, and most were picked up by the authorities when they were still children. Those that were born here, are destined to die here.

This jail, laughably, is better known as the Marghazar Zoo. But calling it a zoo would imply that the inmates are cared for. Based on its recent track record, caring for the animals is the lowest thing on the zoo’s priority list.

The big cats that used to populate some enclosures in the zoo have either died or been given away. Even when they were alive, they would refuse to come out at feeding time because gawking children would throw twigs and pebbles at them. Zoo staff rarely intervened in this, possibly because they expected the children’s parents to. Except the parents were too busy throwing bigger objects at the animals.

The state of some enclosures is such that the animals inside may contemplate suicide by running into the sharp ends hanging out of the mesh cages. Of course, some animals just go on killing sprees, like the nilgai which killed a blackbuck and injured another. Apparently, the zoological experts didn’t realise animals act aggressively towards each other during mating season, and just stuffed them together in the same enclosure.

Recently, a nilgai was also reported to have died at the zoo, all less than a year after the case of the late ‘alcoholic’ elephant, Saheli. The elephant died in no small part due to neglect after spending its life in a relatively small enclosure, tied up most of the time. It was also later revealed that the elephant was getting a regular supply of hard liquor for ‘medical reasons’, except elephants are teetotallers by design. Their bodies can’t handle distilled alcohol, although their handlers’ bodies certainly could.

Of the living animals, the bears have lost their minds, violently shaking their heads as they walk about in a telltale sign of animal distress.

Some of the birds look like they were attacked by a drunken elephant with a razor blade, with bald patches and rashes covering their bodies, and the smaller mammals looked like they were plotting how to shoot themselves without the utility of thumbs. Maybe the monkeys will volunteer to help.

Some people feel it is better to put a lame or sick animal out of its misery than to force it to live a miserable existence. No such people seem to be involved in the zoo, since the only animals that seem to die are the healthy ones. If the officials in charge can’t make this ‘model zoo’ into one where the animals are actually well kept, they might as well set them free somewhere, or just put them out of their misery. It would be a lot more humane than what they are doing right now.