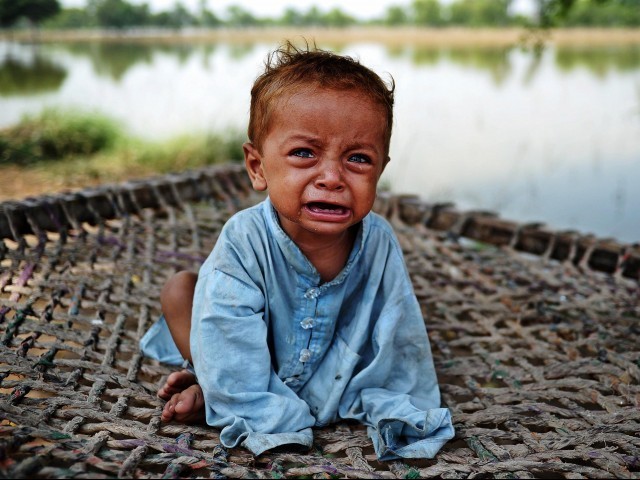 As flood devastation continues, provincial governments seem to be in a race to show which province has suffered the most. The race, of course, is to qualify for most funds for rehabilitation.

I fail to understand why we are only running after funds, putting commitment to the side at this point in time when we are faced with a massive catastrophe. How long will this attitude continue?

The Khyber-Pakhtukhwa government says that more than one thousand people have lost their lives in the province. This makes the province on top of the list of victims. Other provinces are citing the number of people affected. Cabinet ministers, including the chief of Sindh, is of the view that losses cannot be measured with the loss of human life alone.

The Balochistan government says that they are most neglected, and that neither the media nor the government have focused on the province. The initial assessment reports have been submitted by all the provinces in order to get aid for rehabilitation.

But as an example of the strife, take the example of the Sindh government’s complaints against the Federal Flood Commission. According to reports, the former is blaming the commission for showing lower losses than were actually incurred. No doubt every province has suffered a lot. After all, the floods are one of the biggest crises to ever hit the country.

But that is precisely the reason why this is not the time to level allegations against each other and hatch conspiracies. What is needed is planning and determination, something we read about in books and in the manifestos of political parties. But practically, the case seems to be otherwise. One can only hope that we as a people, government and institutions are able to meet the challenges of these floods with sincerity.